ARE KHLOE AND LAMAR EXPECTING? 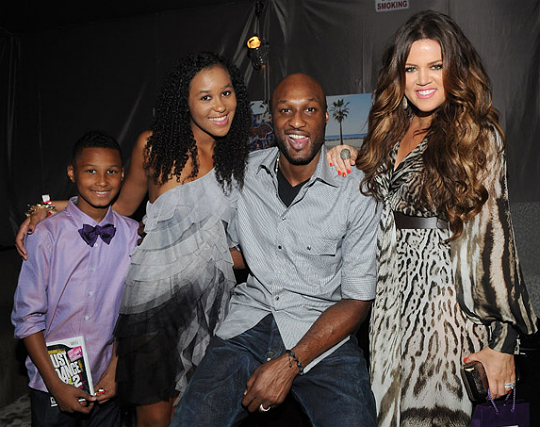 Are Khloe and Lamar expecting? Maybe so. Joe Odom, Lamar’s dad, recently interviewed with RumorFix and alluded to the idea of Khloe being pregnant with the couple’s first child.

During the interview, Joe said, “Everything is everything man. They love each other man. I gotta little news you know. I’m about to have a grandchild.”

When asked if the Odom’s were expecting, Joe reiterated, “Yea man, on the real side. Everything is everything. I ain’t nothing but a newborn thoroughbred. This is all lamb chop baby! We don’t really know yet what sex it is but it’s real. Khloe is excited. They’ve been trying to do this for a couple years now.”

Meanwhile, Khloe’s rep is denying that the reality star is expecting though she and Lamar have been trying to conceive.

“It’s so hard. I never knew about ovulation and the limited amount of time that you have to get pregnant,” Kardashian has said. “We would love to have kids.”

Khloe and Lamar wed in 2009 after several months of courtship. The couple moved to Dallas in 2011 when Lamar was given a spot on the NBA Mavericks team but said goodbye to Texas after Lamar’s gig ended.

Lamar is already the proud father of two.

ADRIENNE BOSH BUMPS IT UP AT BIRTHDAY BASH