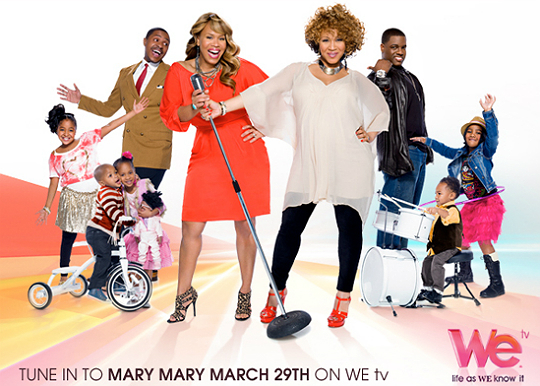 Tina and Erica of the Gospel duo Mary Mary have a reality show set to premiere on Thursday, March 29, 2012. The singers recently gave fans a preview of their show via their website saying, “Get excited because we are! Enjoy a little sneak peek of the show and let us know what you think in the comments section! Tune in March 29 10/9p Central!!! For more info, visit our We tv page!”

Since their debut over a decade ago Mary Mary has managed to grasp three Grammy Awards and two American Music Awards. Both Erica’s three and Tina’s four children will be featured on the show.

Check out the show’s preview here!

ARE J.R. MARTINEZ AND DIANA JONES HAVING A BABY GIRL?