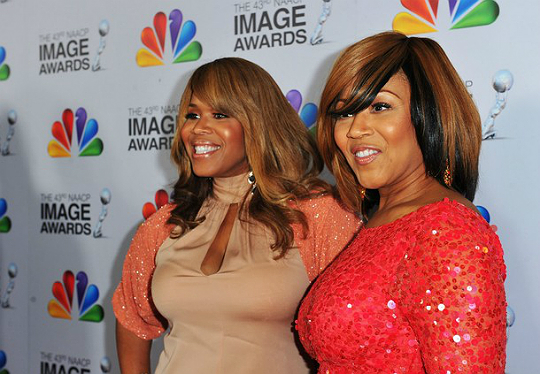 Tina Campbell of Gospel duo Mary Mary is expecting her fifth child with husband Teddy Campbell! In an exclusive statement given to Essence magazine Tina said,

“Initially we felt overwhelmed at the thought, but then my hubby and I reflected on how rewarding it is to love and be loved by another baby. After thinking that our last child was our last child, we’ve been surprised with an unexpected blessing almost four months and growing. We thought our home was exciting and busy now — it’s about to be even more exciting and busy. We are looking forward to it.”

In addition to recording for their reality series set to debut on March 29, 2012 via WEtv, Mary Mary is preparing to release their newest album Go Get It in May 2012. The Gospel duo recently gave Facebook fans a chance to listen to the album’s title song.

BRANDY AND MONICA HAVE CHILDREN WHO WANT TO BE LIKE THEM

BRANDY AND MONICA HAVE CHILDREN WHO WANT TO BE LIKE THEM