‘JAKE AND THE NEVER LAND PIRATES’ GETS A THIRD SEASON 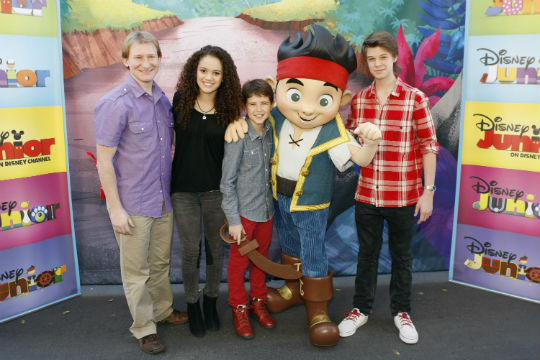 Madison Pettis,13, and her cartoon character cast get a third season in Jake and the Never Land Pirates. Disney decided to invest in the show for a third time after receiving so many positive responses from viewers. Senior Vice President Nancy Kanter states, “The series is connecting with kids on every level and brings them closer to characters they’re already familiar with and introduces them to new, original characters they have made their friends. The storytelling is adventurous and heartfelt and embeds the kind of learning that we know is important to parents. We’re pleased to be extending viewers’ experience with the stories, allowing them to play the ‘Jake and the Never Land Pirates’ experience.”

In a recent interview with KTLA Pettis, described the show as an interactive platform for young children. As she explains, “The story behind it [the show] is that Peter Pan sort of left Jake and Izzy and Cubby to take care of Neverland while he was gone. We ask the kids at home to help us. Whether we’re swinging on vines or trying to get something back from Captain Hook, we ask them to swing along with us and count with us.”

The third season of Jake and the Never Land Pirates will debut on Disney’s Junior channel via cable television. Since its inception the show has reached number one status and captivated the hearts of boys ages 2-5 years old.

JADEN SMITH ON SET OF 'AFTER EARTH'

JADEN SMITH ON SET OF 'AFTER EARTH'