Home » NEWS » NELLY AND HIS MINI ME

NELLY AND HIS MINI ME 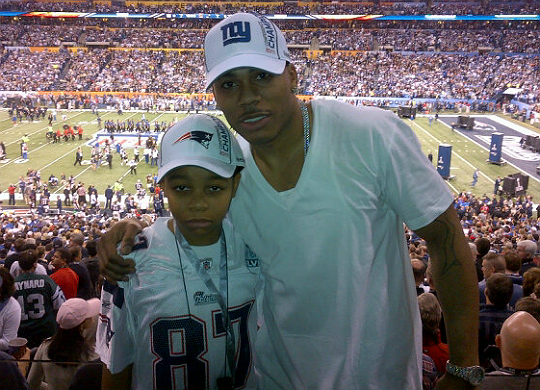 Cornell Iral Haynes Jr.,a.k.a. Nelly, attended the 46th NFL Super Bowl with son Cornell III,12. It was his son’s first time attending a Super Bowl game as the rapper tweets, “My son 1st Superbowl and he a PATS fan!!”

Nelly recently performed at the Casa De Don Julio Field House Party. Haynes was one of several performers to bring the house down with his artistic ability. Snoop Dogg, Faith Hill, and Ice T were also in attendance.

In addition to Cornell III, Nelly also has a 17-year-old daughter named Chanell.