Home » NEWS » SPOTTED: ICE CUBE AND HIS MINI ME 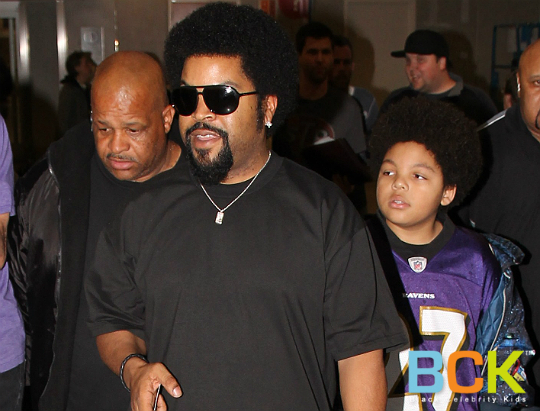 O’Shea Jackson, a.k.a.Ice Cube, and son Sharif were spotted at LAX Airport in Los Angeles, California. The rapper recently discussed his architectural background and childhood with the New York Times.

As a California native, Ice Cube is familiar with the wealthiest and poorest neighborhoods in Los Angeles County. When asked about his experience with the wealthy communities Jackson said, “My grandmother worked at one of those Bel-Air mansions and we would go — not too often, but every now and then — to pick her up. Hollywood was probably 12 miles from my house, but it might as well have been a million miles away. The only time I saw that world was on TV. Until I started making records.”

After making records Ice Cube decided to move to the better side of town for his family’s sake. As he explains,” Ain’t that what it’s all about? providing a better way for your family than you had? [The house] a Mediterranean-style house and it feels, to me, like an Egyptian palace. Though I haven’t been on my architect game in 25 years.”

Prior to making several hit records Ice Cube was an architectural student in Arizona. Jackson and his wife Kimberly have five children together.

MEL B AND FAMILY'S BOATING FUN

MEL B AND FAMILY'S BOATING FUN