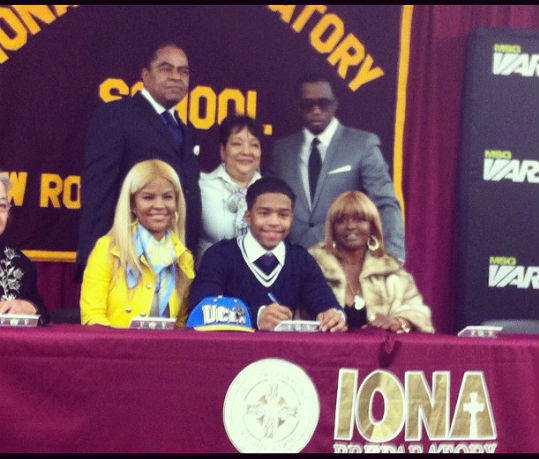 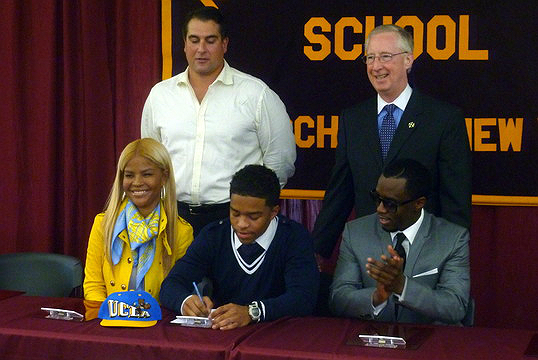 Justin Combs, son of Sean “Diddy” Combs, has signed a letter of intent for the University of California in Los Angeles (UCLA). The young football star gave verbal commitment to the school last year after being offered an athletic scholarship. Combs will play under the direction of former Atlanta Falcons and Seattle Seahawks coach Jim Mora Jr.

Justin is excited to be playing for a team led by Mora as he states, “When I was younger I loved the Falcons and Mike Vick. He was my favorite coach. Now I am like, ‘Wow, I’m about to play for him.’ It’s like a dream come true.”

Combs is also excited about playing for UCLA. As he explains, “It was love at first sight, When I stepped on the campus, I knew I was going to be a player there. I knew I just had to get there. It’s going to be surreal at first but then at the end of the day you’ve got to go to work and you’ve got to get what’s yours and show why you’ve been working hard. So I’m ready for that. I can’t wait.”