Home » NEWS » PHOTOS: HALLE, NAHLA, AND OLIVER ENJOY A DAY OUT AT THE BEACH 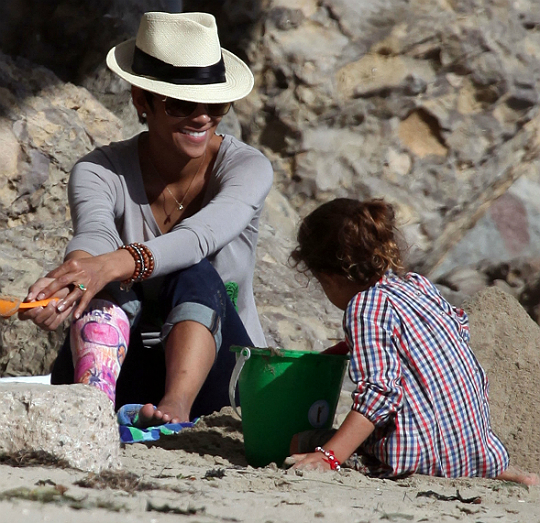 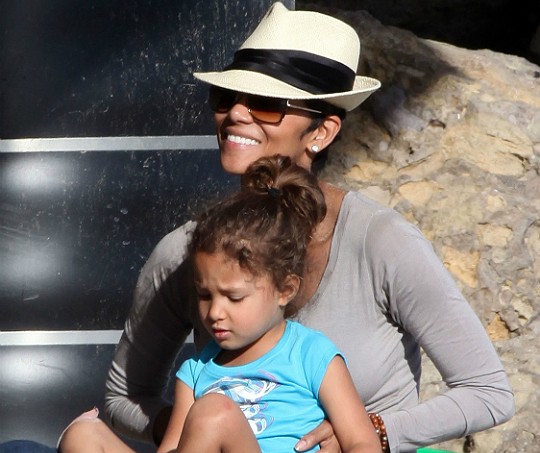 Injured actress Halle Berry and her daughter Nahla enjoyed a day at the beach with Halle’s boyfriend Olivier Martinez in Malibu, California on Sunday, January 29, 2012. Halle and Nahla played in the sand. Afterwards, Olivier and Nahla went swinging and bird watching; the two even shared a kiss! 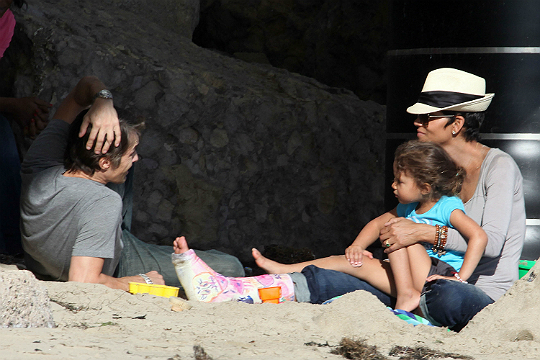 The fun outing comes after Halle and model Gabriel Aubry met with the Los Angeles County Children and Family Services to solve custody woes. TMZ reports, “Halle Berry and Gabriel Aubry met for hours Friday with representatives from the Los Angeles County Department of Children and Family Services, and social workers concluded Gabriel needed to work on his anger issues.  We’re told DCFS recommended that Gabriel take anger management classes and our sources say he agreed to enroll. As one law enforcement source told us who is connected to the case, ‘Gabriel has a little bit of a temper, but the good news is that he realizes it.'” It seems that Halle and Gabriel have resolved to settle their differences for the sake of Nahla.