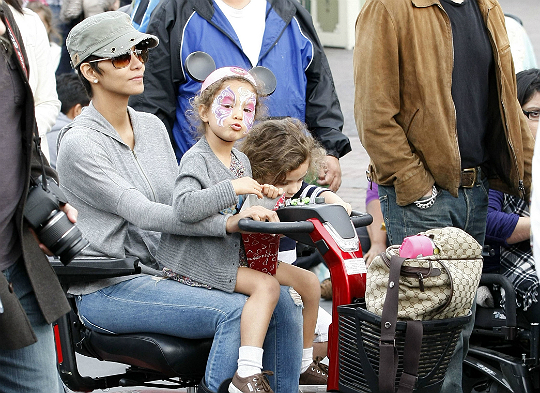 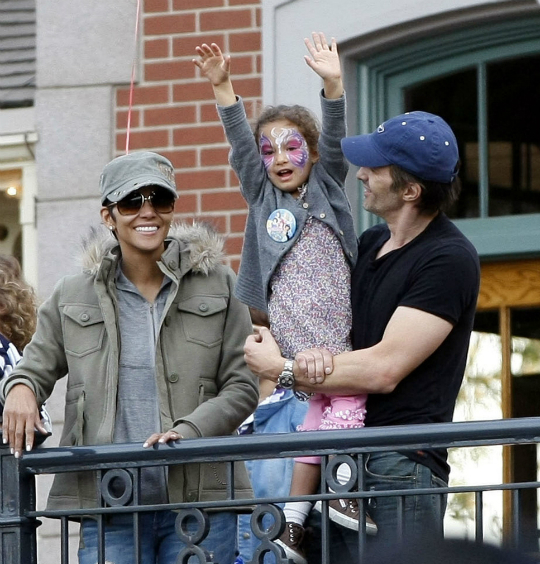 Actress Halle Berry, along with boyfriend Olivier Martinez and daughter Nahla Aubry,3, were spotted at Disneyland in Anaheim, CA on January 14, 2012. 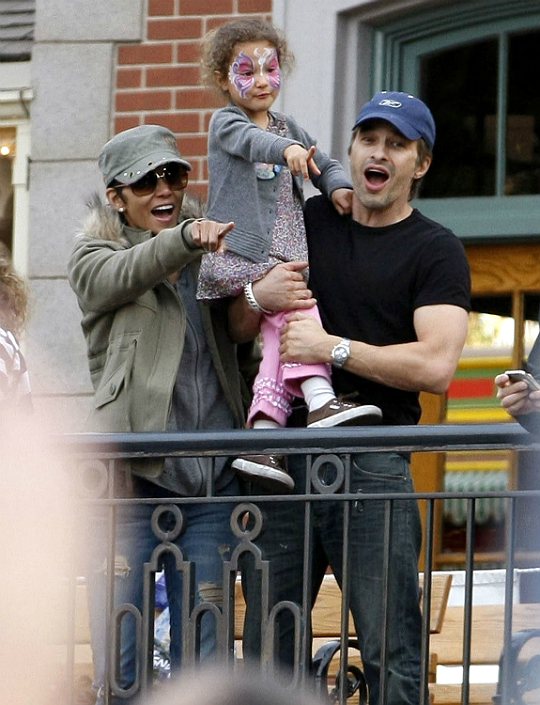 Look, mom! Nahla was all smiles as she watched a Disney parade. Later during the day, she enjoyed some rides with a fellow young friend. 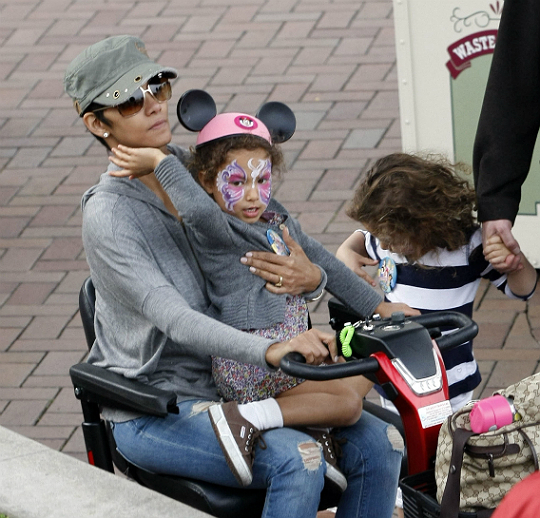 Meanwhile, mom Halle was forced to ride on a scooter throughout the day. Nevertheless, a fun time was had by all!