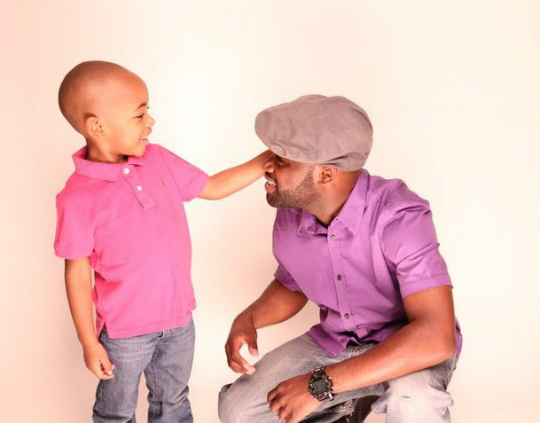 Tray Chaney is an advocate for active fathers and expresses his passion through rhyme. The rapper recently released his music video “Fatherhood” which has gained thousands of positive responses from YouTube fans.

Directed by Lamar Tyler and produced by Don Cox, “Fatherhood” addresses the issue of single-mother homes. While rapping about his father and son, Tray challenges dads to step up to the plate and give their children a well-rounded life. Chaney, a father himself says “I swear I’d rather die than be labeled the guy who wasn’t around.” The song features Tray’s son and father.

Since the music video’s introduction, Blackandmariedwithkids.com has promoted and encouraged others to spread the word about the video. CEO Lamar Tyler writes, “Please check out the video then share it with all of your social media networks. We already know the radio won’t push or promote anything this positive so we need for you to do it. Every FB Like, Share or Twitter Retweet gets us one step closer to reaching someone who really needs to see this. It also helps us to flood the web with our own positive messages in an effort to combat all of the junk that’s floating around between television and the media. If you don’t feel like typing an update or tweet we even provided one below that you can just copy and paste.”