Home » NEWS » TREY SENDS OPPONENTS INTO MOURNING ON THE COURT 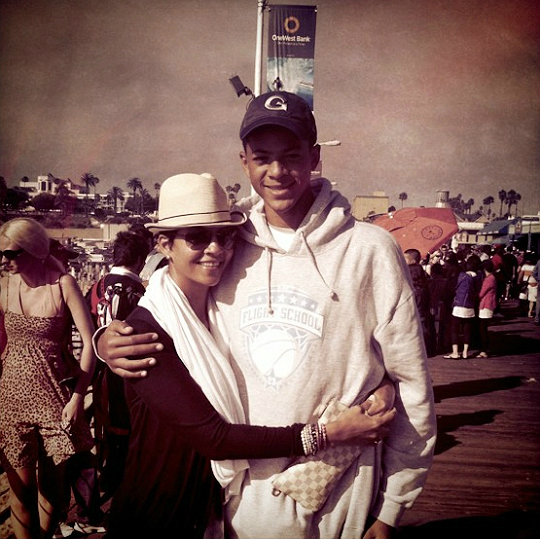 Alonzo Mourning III, a.k.a. Trey, is a star basketball player at his school in Florida. As a sophomore at Ransom Everglades School, Trey plays center for his team and often leads them to victory. In his most recent games Alonzo has blocked fifteen shots and added twenty points to the scoreboard for his team. The teen athlete is proving to be one of those basketball players that opponents hate to see coming.

A remarkable talent for a 15-year-old, Alonzo inherits his skills from one of the best. As the son of famed NBA star Alonzo Mourning, Trey follows in his father’s footsteps on the court. Alonzo Senior played for the Miami Heat, New Jersey Nets, and Charlotte Hornets before retiring in 2009. While playing, Alonzo led his teams to victory and was a force to reckon with on the court.

Following in his father’s path, Alonzo III sends competitors into mourning with every block and shot.. Trey plans to attend college, maybe Georgetown, and may be the next face of the NBA someday.

Photo: The Twitter picture above shows Trey with his mother Tracy Mourning