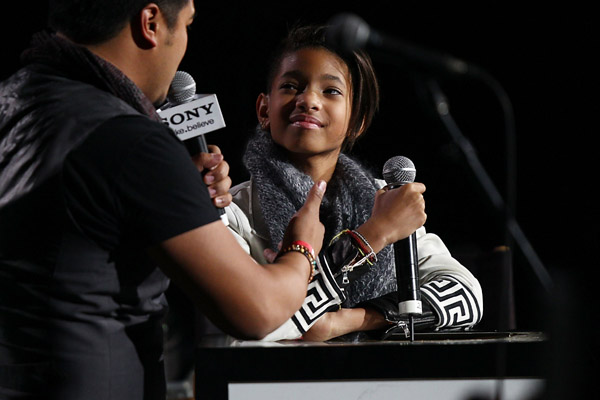 Willow Smith,11, attended the 2011 Jingle Ball in Los Angeles, California on Saturday, December 3, 2011. The pint-size star looked chic in a white ensemble, with some white patterned leggings and pearl-encrusted boots. GALLERY:Click here to see Willow at the event!

While at the event, the singer kept her fans updated via Twitter.  Willow tweeted, “About to go on stage @ KIIS Jingle Ball!” Joining Willow at the event were Sean Paul, Lady Gaga, Flo Rida, and Nick Cannon. Cannon served as the Ball’s disc jockey.

Smith is set to release her debut album featuring the single, “Fireball”, in April 2012.