NICK CANNON TALKS FATHERHOOD AND NOT SELLING THE TWINS’ PHOTOS 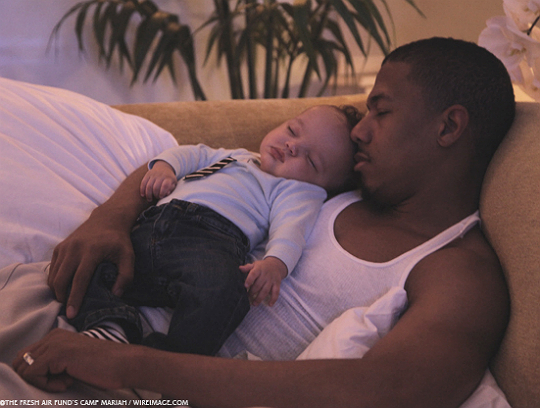 Nick Cannon is an A-List star with many responsibilities. Aside from hosting two radio shows and co-starring in a television comedy (Up All Night), Nick is a husband and a father of twins. When asked about his newest role as dad, Nick gave his perspective to Parade.com.

On raising celebrity kids with Mariah.

“We don’t really think about that. Family always comes first. It’s not really about a balance act. Everything I do is for my family. She’s [Mariah] phenomenal. Amazing”

“We didn’t want to sell pictures to a big fancy magazine photo shoot. I didn’t want to have to put pictures out there, but we wanted to do it on our own terms and in a regular way. All the photos you see on our blog are just family photos in the same way anybody else would do with their children. I thought that if you could see our pictures every day, than it’s not going to be this big phenomenon to see what they look like or have the paparazzi chasing us. We’re the ones giving you the pictures.”

Christmas with the twins.

“We’ll celebrate it the same way we always do, but it will probably be a little bigger this year because our family is bigger. We’ll just go somewhere and chill out and just enjoy each other. I mean, my wife is Miss Christmas, so it’s definitely going to be festive!”

“The world changes. These are young people that are doing things that you wouldn’t think your average teenager could even pull off. They’re building soccer fields in Africa and creating disaster relief programs. Seeing that young people are motivated to do this kind of stuff should motivate all of us to do something. I could only hope that [my kids] would be inspired by something like this.”

On fatherhood in general.

“Everything about it is wonderful, but it’s about having a connection and unconditional love. No matter how you’re feeling about yourself, you know that connection with your child is always going to be there.”