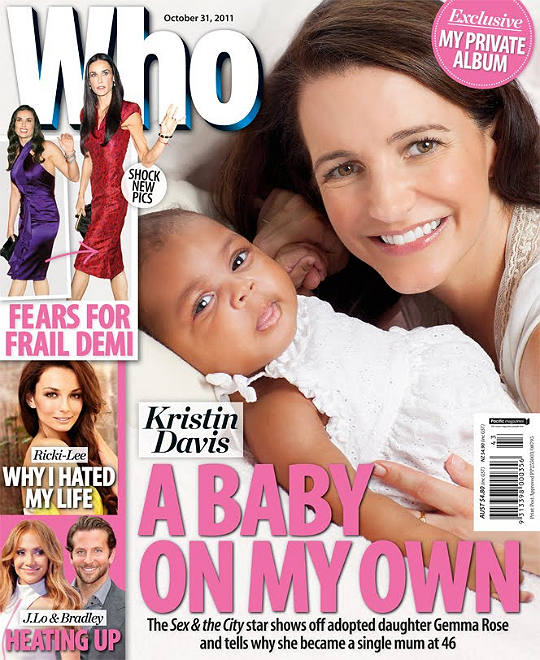 Former Sex and the City star Kristin Davis and her daughter Gemma Rose cover Australia’s WHO magazine. Earlier this month, the actress announced that she had adopted domestically a few months ago.

“It’s a huge change, but one I am so ready for,” Davis tells WHO in an exclusive new interview.. “I love taking care of Gemma more than I ever could have imagined.”

“I feel so blessed,” she adds.

Of being a single mom she says, “It’s nice to be with someone, but I don’t think you need to be in a relationship to feel complete. There are many different ways to do it.”

Pick up the latest issue of WHO magazine for more!

WILLOW SMITH HAS BEEN WORKING DAY AND NIGHT

SHERRI SHEPHERD AND HER 'PUSS IN BOOTS' PAL

SHERRI SHEPHERD AND HER 'PUSS IN BOOTS' PAL