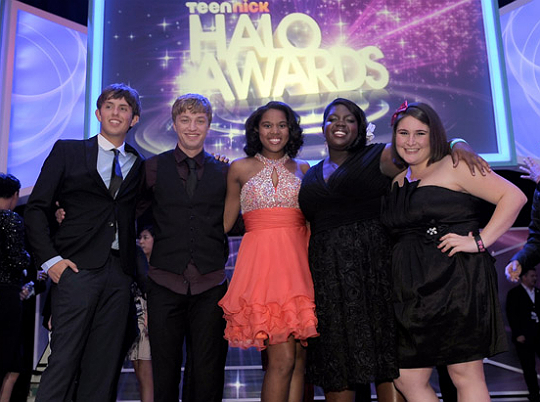 The five teen honorees received a baton-shaped HALO award and scholarships from celebrity presenters including Heidi Klum, Venus Williams, and others at the event.

Adele Taylor, 16, Williamstown, NJ– After learning that one in five adults can’t read, she decided to take action. In December 2008, at age 13, Adele created the organization Adele’s Literacy Library, with the goal of promoting literacy among people of all ages.

James O’Dwyer, 19, Tuscaloosa, Ala.– James was a freshman at University of Alabama when the devastating EF4 tornado hit Tuscaloosa, leaving a six mile track of destruction across the region. He started Magnolia Disaster Relief, an aid program that targets small rural towns hit the hardest by tornadoes by delivering food, water, clothing, toys, furniture and fridges so affected people can start rebuilding their lives.

Emily-Anne Rigal, 17, Williamsburg, Va.- As a young overweight girl, Emily-Anne was bullied so harshly she was forced to switch schools. Recognizing how upsetting her experience with bullying had been, she decided to create WeStopHate.org, a teen-run YouTube channel and website, which helps combat bullying by motivating teens to share their own stories of triumph and give tips to others on how they too can prevail.

Shanoah Washington, 18, St. Petersburg, Fla. – Born in California, Shanoah’s home life was plagued with gang violence until her grandmother moved her to Florida and enrolled her at the local Boys & Girls Club, providing her with guidance to reach her full potential. She created Sista2Sista, a mentoring program which aims to motivate young girls through the development of self-esteem, honesty, self-discipline and positive thinking.

Kyle Weiss, 18, Danville, Calif. – A huge soccer fan, Kyle’s activism was sparked after speaking to Angolan fans at the 2006 World Cup and learning about the dire state of the country and lack of sports resources available to the youth of Africa. Kyle and his brother started FUNDaFIELD, an organization that fundraises to build soccer fields in developing countries in Africa.