Home » NEWS » THE GAME AND DAUGHTER GET ‘EXTRA’ CUTE

THE GAME AND DAUGHTER GET ‘EXTRA’ CUTE 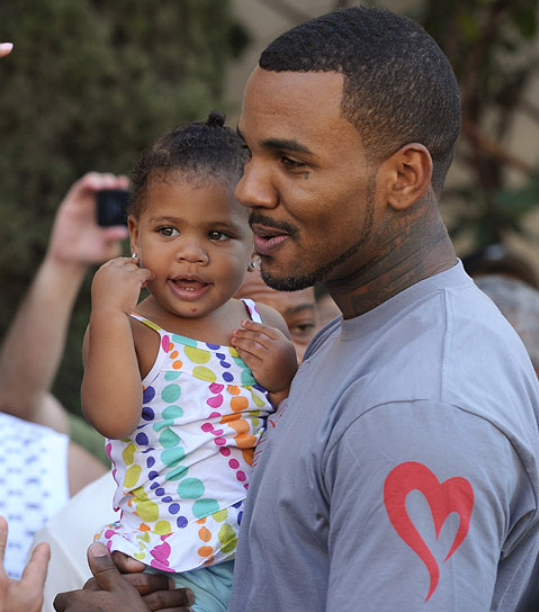 Rapper The Game and his daughter Cali Dream Taylor,1, visited television show Extra at The Grove on October 13, 2011 in Los Angeles, California.

Cali must be a happy camper now that her parents are set to marry.  The Game and his fiancée Tiffany Cambridge have been together for seven years and have two children together: a son named King Justice and daughter Cali. The MC also has another child from a previous relationship named Harlem.

Check out more pictures of the father and daughter duo now!

JADEN SMITH IN BLACK AND WHITE(PART 2)