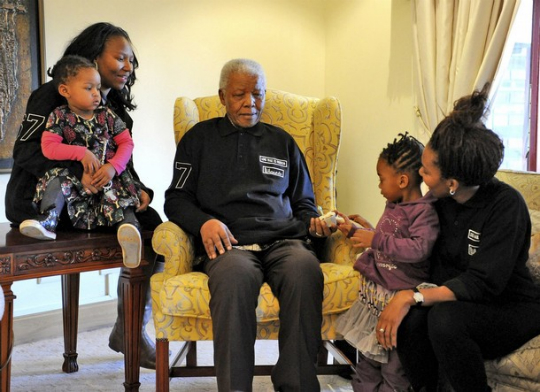 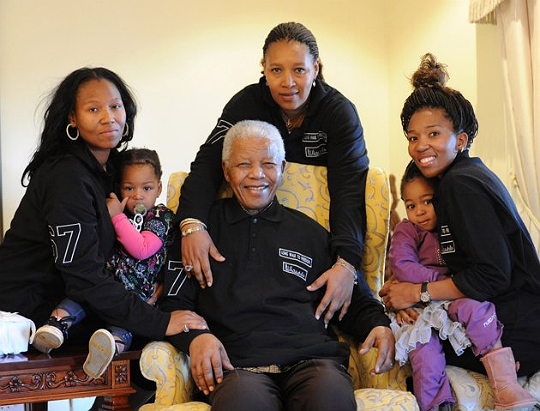 Former South Africa president Nelson Mandela, center, with his daughter Princess Zenani Dlamini(center back), and her daughters Zaziwe Manaway(L) and Zamaswazi Dlamini(R), and their daughters Ziphokazi Manaway(pacifier in mouth) and Zamak Obiri(purple outfit) were photographed at Mandela’s hometown in Qunu, South Africa, on Sunday July 17, 2011.

Mandela, who celebrates his 93rd birthday today (July 18, 2011), became South Africa’s first black president after spending 27 years in prison for his fight against apartheid. He was later awarded a Nobel Peace Prize for his struggle.

“My father, I think, would love to be remembered as a family man, as a person who if he could change one person’s mind, then he’s done his job,” Mandela’s daughter, Zenani Mandela Dlamini, said recently. “My father doesn’t dwell on who he is … he’s just a normal human being, according to him.”