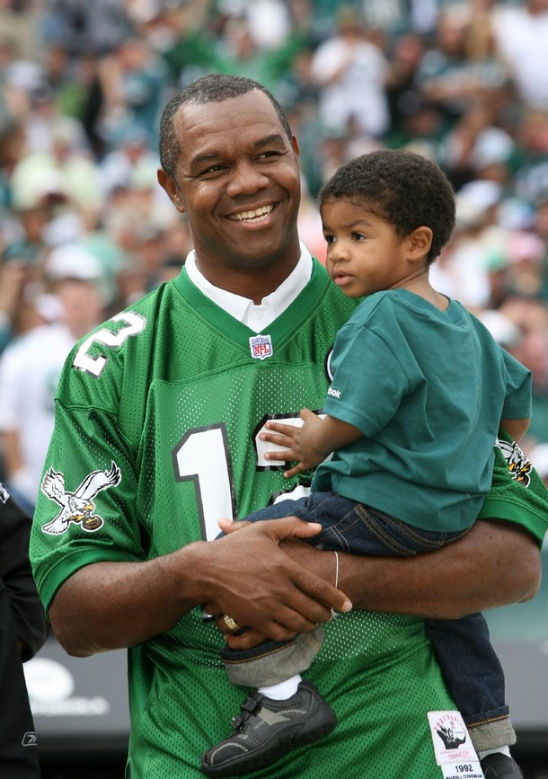 Ex-Philadelphia Eagles quarterback Randall Cunningham shared a proud moment with his son Christian over the weekend. Randall was inducted into the Philadelphia Eagles’ Honor Roll during the half time ceremony of the Eagles game against the Kansas City Chiefs on September 27, 2009. 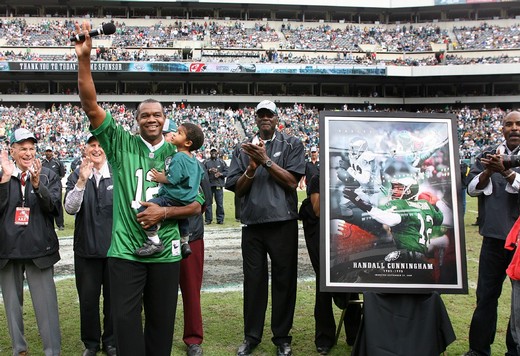 …To be able to get into the Honor Roll is a blessing. I went out and saw some of the guys that have been inducted, and it was great to see Jerome Brown and Reggie [White] and other players, but to go in with Al [Wistert] is awesome because I’m 46, and to be sitting here with Al is just a pleasure. I think about my son being able to be here. If you guys remember during the Dallas playoff game, we were having him and I didn’t get to go to practice, but now he gets to share in this with my daughters Vashti and Grace, and my sons [Christian and Randall] who are in the other room along with my brother [former NFL running back] Sam-Bam [Cunningham], and with my wife [Felicity] and my aunt.. It’s a pleasure just to come back to Philadelphia and to step on the field with Al. It’s an honor to receive something like this. This is my Hall of Fame. I’m satisfied now.”(Source)

BRAD AND ANGELINA GO SHOPPING WITH THE KIDDIES

BRAD AND ANGELINA GO SHOPPING WITH THE KIDDIES