Home » NEWS » FANTASIA BARRINO: “PREPARE YOUR LIFE BEFORE YOU HAVE CHILDREN”

FANTASIA BARRINO: “PREPARE YOUR LIFE BEFORE YOU HAVE CHILDREN” 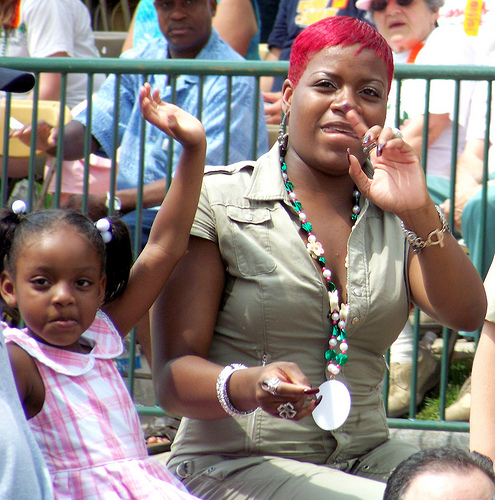 Singer Fantasia Barrino is on a mission. The American Idol winner wants to empower teenagers to stay in school and prepare themselves before they have children. The mom of daughter Zion,8, says that as a young mother-Fantasia had her child at 16 years of age-she knows the struggles of a teenage mother.

During a recent teen pregnancy prevention summit, Fantasia spoke about how much she missed out on high school by getting pregnant at a young age.

She added, “They knew everything that I was trying to do, and they were just trying to warn me. So that I wouldn’t end up in the same situation,” Barrino said. “But I didn’t listen, so I ended up dropping out of school and having a child at a young age. And I thank God for my daughter, but if I couldn’t have waited, I would have.”

“If I could be a testimony to some of these young people and say to them, ‘Yes, I’ve overcome a lot of things, but it was tough. It was hard.'”

IT'S A BOY FOR BOBBY BROWN AND HIS GIRLFRIEND ALICIA ETHERIDGE

IT'S A BOY FOR BOBBY BROWN AND HIS GIRLFRIEND ALICIA ETHERIDGE