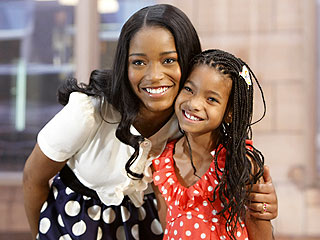 Willow Smith, daughter of actor Will Smith and actress Jada Pinkett-Smith, will be starring in an upcoming episode of True Jackson VP, alongside teen actress Keke Palmer,15, People reports.   Willow will play a younger version of Keke’s character, True Jackson, in an episode that will air in July.

Eight-year-old Willow has already starred in films such as Kit Kittredge: An American Girl, Madagascar: Escape 2 Africa and I Am Legend. 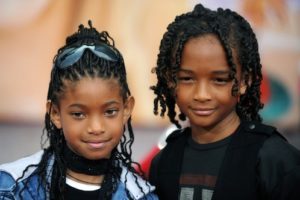 Meanwhile, Willow’s brother, Jaden Smith, has been tapped to play a role in a “Buddha” film.   Indian film Director, Ashutosh Gowariker, wants 11-year-old Jaden Smith to star in his next movie titled Buddha. Ashutosh was reportedly impressed with Jaden’s role in film Pursuit of Happyness, in which he starred with his dad Will Smith.

KEKE PALMER, TYLER JAMES AND OTHERS SMILE FOR BRITTIANIA