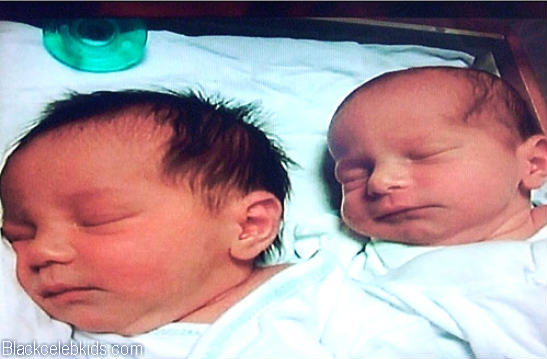 Wanda Sykes shared the first picture of her one-month-old twins, Olivia Lou and Lucas Claude, on Thursday’s episode of The Tonight Show With Jay Leno.

The comedienne and her wife, Alex, welcomed the twins on April 27th but Wanda jokes that the twins came out later than expected.

“Babies are very inconsiderate. Everyone said twins, so they should be there maybe after 35 weeks… [but then], nothing. Just sitting around waiting. I was like, ‘Babies, you gotta hurry up and get here, I have a big White House correspondents’ gig coming up! I got a gig, baby!'”

“I was there,” she said. “I was hands on and you know, when the doctors tell you ‘Don’t look this way?’ Don’t look that way!”

Wanda says that her wife-they married in in California on October 25th of last year- breastfeeds and she handles ” everything that comes out.” 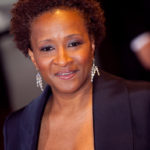