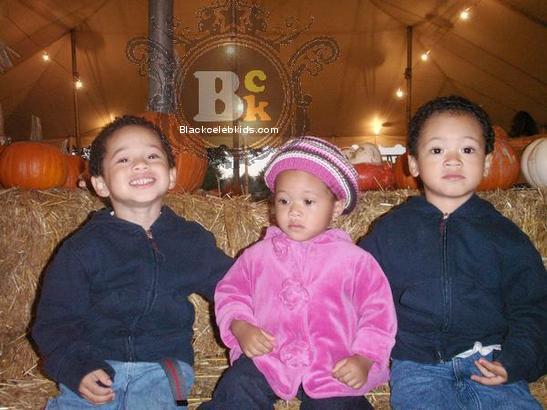 Jin Mosley, the wife of Boxing champion Sugar Shane Mosley, has filed for divorce citing irreconcilable differences. The couple married in November 2002 and separated in January of this year. According to court documents obtained by RadarOnline , Jin Mosley is seeking sole custody of the couple’s three children, two boys ages 7 and 6 and a 5-year-old daughter. She is also seeking spousal support and requests that the boxer be granted visitation.

Jin was Shane’s boxing manager for years and recently spoke to DogHouseBoxing about the divorce: 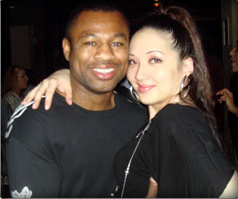 DogHouse: What things have you heard or read about your private life that are totally untrue?
Jin Mosley: I have heard all kinds of rumors. Some funny, most ridiculous. People have a very demented view of who I am because I am blunt and don’t take any shit but my inner circle knows who I am and that’s what matters to me. One rumor I would like to clear up is that I filed for divorce; not him. I also did not hire a lawyer. I refuse to put myself or my children through the agonizing drawn out bitter trial. We brought in a mediator. We sat for six hours and everything was done. I walked away from a lot and didn’t fight him for anything except that my children be supervised while at his parents’ or sister’s house. I left it in the hands of the judge and let him decide what I was entitled to or not; contrary to what people think. The mediators and judge said this was the easiest divorce they had done in 30 years. People criticize me for doing this during (Shane’s) training camp but my whole life has revolved around fights or training camp and I wanted it to be done with ASAP. Truth be told, had I waited an extra week, which many people begged me to do, I would have been entitled to half of the Margarito purse. But this has never been about money with me and anyone that personally knows me will vouch for this. People think I am at home shopping all day. I worked hard for our life and never was one to overspend or sit around all day.

DH: How hard are your children taking it and which are taking it the worst?

JM: My younger children don’t know what is going on. They now have a clue due to the fact that HBO aired it. They are not stupid but the good thing is that they are used to Shane being gone and this is not out of the norm for them. The older boys are saddened by it and I don’t think they really believe it yet. My daughter will probably take it the worst because she is obsessed with love and husbands and boyfriends. And she asks about him the most.

DH: Is there still a life for you in boxing?

JM: No. This was never a love of mine. I did it to help my ex-husband and our future. It would be too weird for me to still be involved.