ZAYA WADE SHARES HOW SHE RECEIVED HATEFUL COMMENTS AFTER COMING OUT

"I Don't Have To Believe Everything They Say" 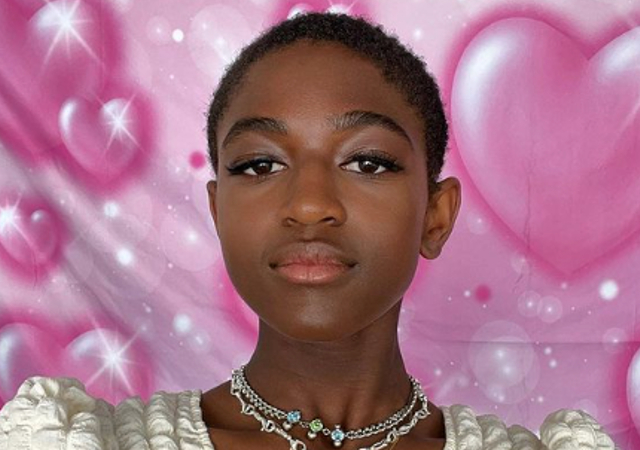 Zaya Wade received hateful comments after coming out as transgender. Dwyane Wade’s daughter recently sat down with PEOPLE to talk about her experience.

“As a trans person, once I came out, there was a lot of hateful comments about how I should grow my hair out long or fit into a certain version of femininity, even though that’s not true at all,” Zaya shared with the media outlet. “That kind of advice is just trying to break you, but don’t let it,” the teen advised.

Zaya Wade came out as transgender in 2019. The youngster attended Miami PRIDE parade and boldly took pictures that nearly broke the Internet. Some were pleasantly surprised to see Zaya with enough confidence to share her story with the world. Others, however, attempted to shame the youngster along with her parents.

Those who continuously troll Zaya’s social media page. Still, the teen manages to remain confident in her identity thanks to her family. “We try to stress character, compassion, love, acceptance and joy,” Gabrielle Union told PEOPLE during her joint interview with Zaya.

“That hopefully radiates from the inside out,” the Cheaper By The Dozen star continued. “When it comes to how she moves through the world, we try to stress there is no one way to be a woman or to be feminine.”

Gabrielle Union and Dwyane Wade’s guidance continue to help Zaya evolve into the person she desires to be in the world. “Not everyone in the world and in the media is going to be truthful about what you look like,” the teen told PEOPLE when referencing the best advice her stepmom has given.

“I don’t have to believe everything they say,” Zaya continued. “The only thing I have to believe is what I feel and what beauty means to me,” the teen added. “I think focusing on inner beauty is the most important.”

CARDI B SHARES PHOTOS OF HER 'BEAUTIFUL CHAOS'

CARDI B SHARES PHOTOS OF HER 'BEAUTIFUL CHAOS'