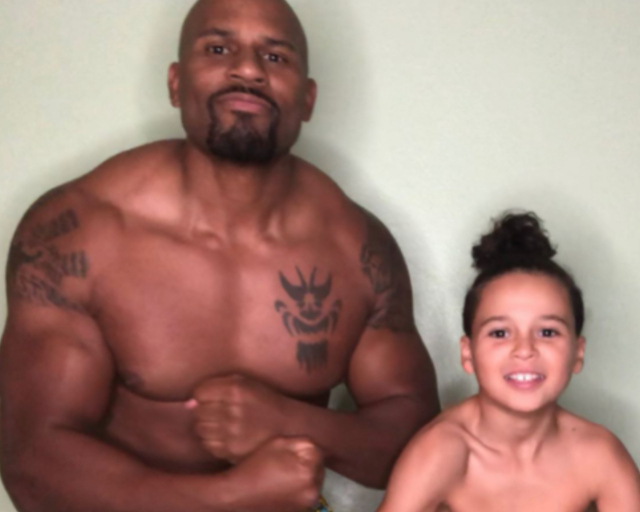 Former WWE star Shad Gaspard will be given the Warrior Award posthumously at this year’s WWE Hall of Fame Ceremony. The late wrestler’s 10-year-old son, Aryeh Gaspard, will accept the honor in place of his father.

Some may remember Shad’s heroic act that ultimately cost his life about two years ago. The star athlete was swimming with his son about 50 yards off the coast of Marina Del Rey near Venice beach in Los Angeles, California, on May 17, 2020, when the activity became dangerous. Both Shad and Aryeh needed lifeguard assistance when the tides became treacherous. The WWE star, however, told lifeguards to save his son first, which ultimately led to him being taken away by the water.

“A wave pushed him under in the impact zone,” Kenichi Haskett, Section Chief of the LA County Fire Department – Lifeguard Division, told the press at the time. “He didn’t resurface after that,” Haskett said.

First responders spent two days searching for Gaspard’s body before suspending their efforts. Shad’s wife, Siliana Gaspard, took to Instagram to officially share his passing with the wrestler’s fans and to thank them for their support.

“Aryeh, myself, and the Gaspard and Chittick families would like to take this time to thank everyone for their prayers and support, as we mourn the terrible loss of our beloved Shad,” Siliana wrote online. “Shad was our whole world and we were his,” Gaspard shared. “There are not enough words to describe what he means to all of us. He was our heart, our soul, our protector, our warrior. He was a bright force of nature, who brought joy to many through his joyous and gracious nature.”

Siliana went on to thank Shad’s supporters as well as the first responders who searched for the WWE star after he went underwater. “The outpouring of love from Shad’s friends, colleagues, and fans has meant more to us than you can even imagine,” Gaspard said. “Shad was and will always be our real-life superhero,” Siliana told her husband’s social media followers. “I love you more, my love.”

Fans catch watch Aryeh accept the Warrior Award on his father’s behalf when the WWE Hall of Fame Ceremony streams on Peacock on Friday, April 1, 2022.