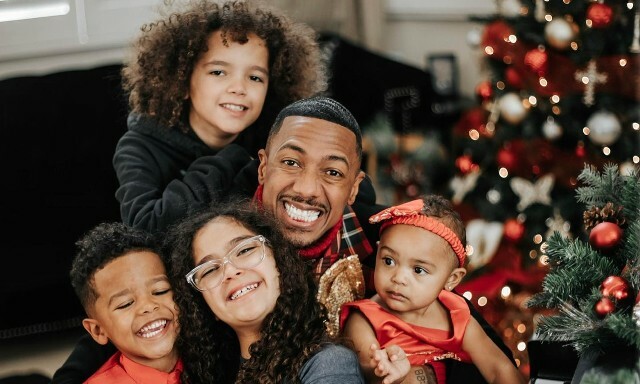 If you hadn’t heard the news, Nick Cannon is expecting baby number 8 this year. During an appearance on The Language of Love podcast with Dr. Laura Berman, the 41-year-old actor/comedian said that, “He doesn’t have the bandwidth [for more kids].”

“I don’t have the bandwidth for it anymore,” he said on the podcast in regards to his expanding family. “Because I feel like I do owe the women that are currently in my life, I owe them as much energy, time, and effort as I possibly [can] – especially my kids.”

According to People Magazine, The Masked Singer host discussed on the podcast whether or not all eight of his children were actually planned.

“Any woman that I know that I have unprotected sex with, there’s the potential to have a child,” Cannon said. “So I feel like if I have unprotected sex with anyone I know – because one, I value everything about me so much, if I’ve gotten to that point where I say, ‘I can take off this condom,’ I’m gonna say, ‘She could be the mother of my child.'”

Cannon added that he does not just have unprotected sex with just anyone because he is, “…the biggest germ freak in the world.”

“Every woman that I have a child with, there is definitely a conversation about, ‘Wow, how amazing would this be?’ I feel like every woman I have a child with are amazing mothers, and there was a thought process going into like, ‘Man, she would be an amazing mother, she’s desired children, I can’t wait to see what type of mother she would be.’ So, in saying that, I would say that they’re all planned.”

Zen, Cannon’s youngest son, whom he shared with Alyssa Scott, died in December 2021, at the age of five-months-old, after being diagnosed with brain cancer.

D.C. YOUNG FLY AND JACKY OH ARE EXPECTING THEIR THIRD CHILD TOGETHER