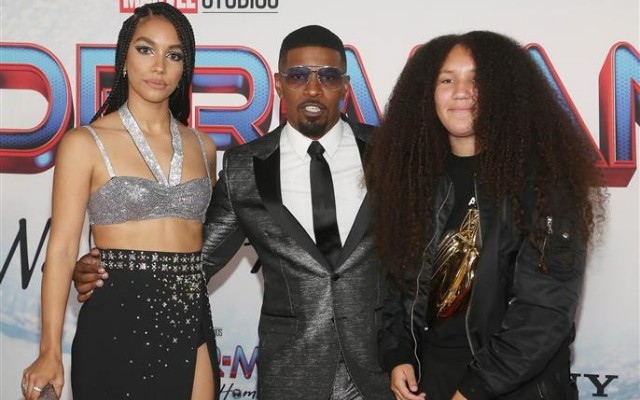 Jamie Foxx had the support of his daughters, Corinne and Annalise, at the Spider-Man: No Way Home this past weekend. The celebrity father and his daughters were nothing short of amazing on the red carpet. 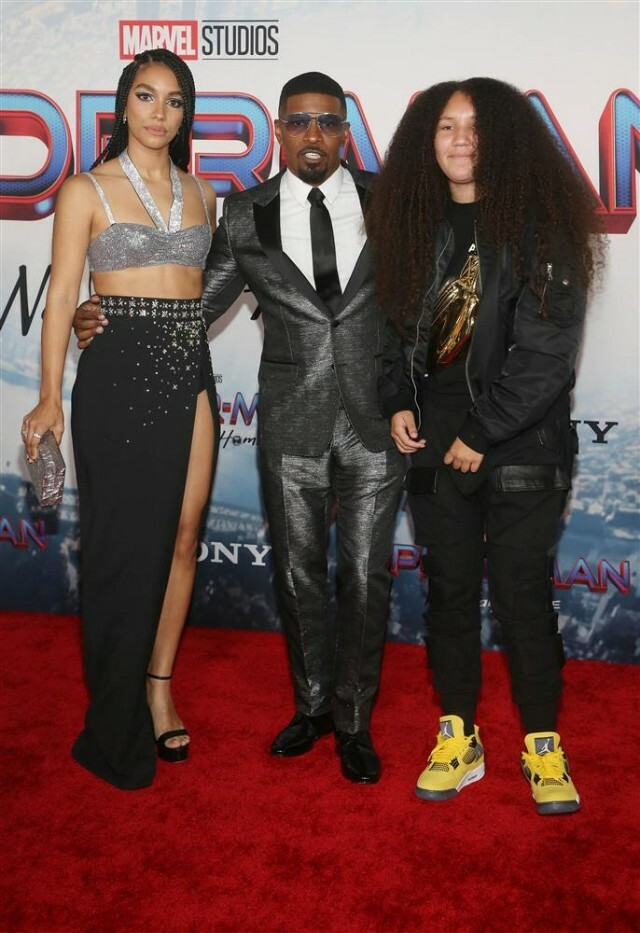 Jamie and Corinne went for a more formal look while Annalise rocked casual attire at the Spider-Man premiere. The tween joined her father in giving photographers the peace symbols. Corinne also struck all the right poses while in the spotlight.

Jamie Foxx gives fans another dose of Electro in the forthcoming No Way Home installment. Some may remember the veteran actor’s introduction to the franchise as the main character, which was nothing short of amazing. Jamie channeled Electro so well in The Amazing Spider-Man 2 (2014). Although he played the villain, Foxx managed to portray the misunderstood character in a way that invited empathy from viewers.

Still, even with his ability to be an absolute show-stopper in show business, Jamie Foxx’s daughters are sure to bring the celebrated actor back to Earth. It was during a recent interview segment on The Ellen Show that Jamie Foxx revealed all of the insults Corinne and Annalise throw his way when they are spending quality time at home as a family.

“You’re not as cool as you think you are dad. Dad, is that your feet stinking like that? Dad, why’s your head so big?” Foxx said in reference to the comments and questions Annalise and Corinne send his way. “What’s this black stuff on the pillowcase, are you not telling us something about your hair?” the actor continued.

“They can come tell me anything and we can talk about anything,” Foxx said of his relationship with his daughters in a more serious tone. “I know that sounds simplistic but that’s everything in the world,” the doting father continued. “Watching them light up when you come into a room,” Jamie shared. “Helping them work out a problem that you’ve probably gone through. Just having that little bit of dad anxiety every day, of hoping your kids are okay.”

MONICA POSES WITH DAUGHTER AND C-MURDER'S KIDS IN NEW PHOTO

NICK CANNON ON NOT WANTING LATE SON TO GET CHEMO: 'I KNOW THAT PAIN'

NICK CANNON ON NOT WANTING LATE SON TO GET CHEMO: 'I KNOW THAT PAIN'