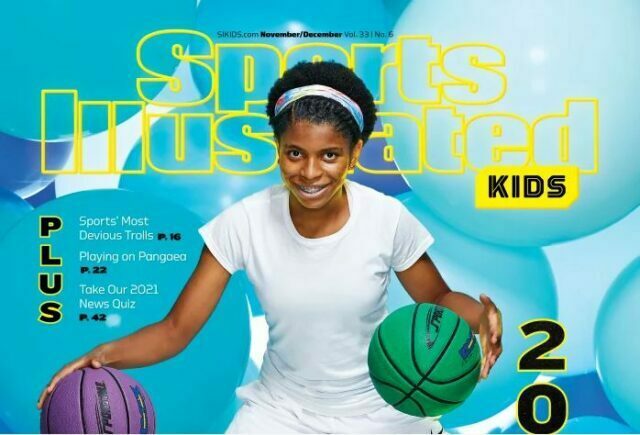 Zaila Avant-garde’s star continues to rise and shine brighter than ever. The talented scholar and athlete has just been named SportsKid of the Year for 2021!

Zaila Avant-garde is the 2021 SportsKid of the Year!

A dazzling dribbler, a spectacular speller and a scintillating scholar: @Basketballasart can do it all https://t.co/Flq6IhUlKG pic.twitter.com/MTp9ntCsch

Zaila made history when she became the first African-American to win the National Scripps Spelling Bee.

“Words are fun,” she said in her Sports Illustrated for Kids interview. “There are stories behind these words that make them super fun. It takes a lot of work [to be successful], but it’s really fun work.”

The 14-year-old continued, “I’d be reading a book and be like, What’s this word? So I’d go to look it up into the dictionary. And you know how they have like the links that lead you to the next word? Yeah. That was my downfall. Suddenly a quick run to the dictionary for a minute turns into diving through whole histories of countries.”

The word that clinched the title for Zaila was “Murraya;” however, spelling isn’t Zaila’s first love, that would have to be basketball.

“Spelling is just a side thing I do,” Zaila says. “My main thing is basketball.”

This truly phenomenal young lady is a basketball prodigy and has been held as such by professional athletes, including Lebron James who called Zaila, “a queen.”

“I love to pass and give assists because I love to get my other teammates involved and just make them happy and make their days go better,” she said in her interview, before adding: “And, uh, I also like to score. Don’t mess with me because if you make me angry, I am definitely scoring on you the next time down.”

As if dribbling on two feet wasn’t hard enough to master, Zaila has taken the game to a new level, including a unicycle, something that was her father’s idea, after seeing the popular NBA act, Red Panda.

“A basic understanding of physics made me very wary about how in the world I was about to ride a one-wheel bike, but I learned it,” she said. “I mean, the walls and I were best friends, because I did not fully trust myself on that thing, but eventually I got it.”

The homeschooled ninth-grader unquestionably has an extremely bright future and we cannot wait to see what is next!