Home » NEWS » IS JEANNIE MAI JENKINS PREGNANT? FIND OUT WHY FANS THINK SHE IS! 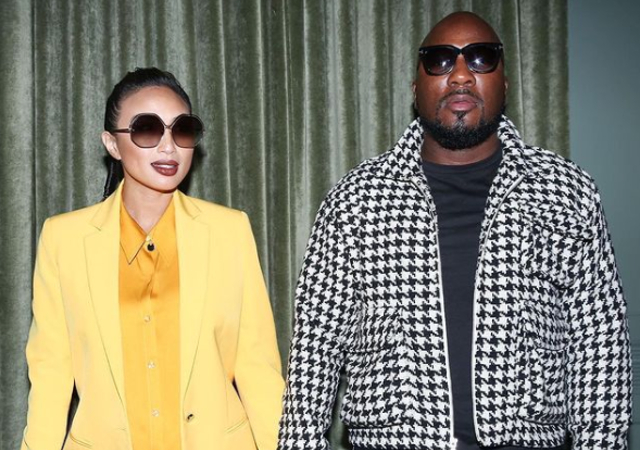 Is Jeannie Mai Jenkins pregnant? Some fans believe so after Tamar Braxton shared her thoughts earlier this week.

Jeannie shared a candid of herself with her husband, Jeezy, that featured her in a yellow pants suit with a matching blouse. The top Jeannie wore was a bit oversized and appeared to bulge a bit in the midsection area. Tamar was the first to express her thoughts about Jeannie Mai and Jeezy expecting a child after seeing the candid.

“Y’all are pregnant for sure,” Tamar wrote in the comments section of the Instagram post. “Love to see it,” the television personality added. Tamar’s response to Jeannie Mai’s post got the rumor mill turning.

“I keep saying it,” one fan said in response to Tamar’s thoughts. “Wow,” another social media follower said. “If she is … Wow … that’s what her ex wanted.”

Jeannie Mai opened up about her first marriage during a segment on The Real after finalizing her divorce from Freddy Harteis in 2018. Jeannie revealed that her desire to not have children during the marriage ultimately led to the union’s end.

“When we were dating I was always very vocal — because I’ll never lead a man on when I know I don’t want to have children,” Jeannie Mai shared. “So, I was always honest about that,” the television personality added. “I think we were both so young — it was like 14 years ago — I think he also thought, ‘You know what, we’re so in love I don’t want that either.’ He could have been happy not having children with me.”

Still, Jeannie Mai knew what Freddy wanted. “When you physically see how a man is with a child, and if the man really desires to be a father, and you know that you are that block between that happening, you just don’t feel right about yourself every single day,” Jeannie shared. “I just pray for love and I pray for that happening because he’d be an amazing dad.”

Jeannie Mai and Jeezy have not confirmed or denied expectancy. The couple tied the marital knot earlier this year.