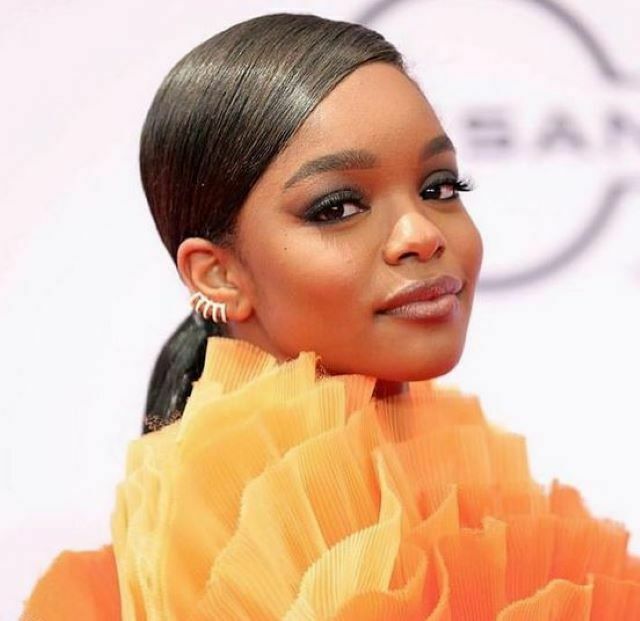 Marsai Martin is one of the most recognized faces on #younghollywood today. Actress, producer, entrepreneur, Martin truly does it all. The talented 17-year-old sat down with Elle to dish in an episode of their version of Ask Me Anything.

In the video, Martin talks about a myriad of topics including: growing up on-screen to setting a world record as the youngest executive producer in Hollywood. Additionally, the Black-ish actress dishes on finger waves, Fenty Beauty, and lending her voice to Liberty, in her latest project, PAW Patrol: The Movie.

In addition to all that she has going on, Martin has recently launched a new digital series to teach teens financial literacy.

“As one of the most successful and entrepreneurial generations in history, it’s important for us to prioritize financial and literacy and educate young people on the tools and strategies they need to succeed,” Martin said in a recent interview.

For this new project, Martin has teamed up with Verizon Media’s Gen platform, In The Know, for her latest project, which is titled, In The Know: Money with Marsai Martin. Each episode of the series will feature a guest who possesses expert knowledge of money management.

The talented 17-year-old stated on Instagram regarding the new series that, “I have been trying to find the perfect financial literacy project for years now. How many of y’all learned about money and finances through trial and error? In my opinion, There are not a lot of books or resources that breaks the information down into small enough bites that we can fully understand. Especially teens like me that our preparing for adulthood.”

Andrea Wasserman, Verizon’s head of global commerce, weighed in on Verizon’s programming and partnering with Martin stating that, “Building on our successful original content series thus far, Money With Marsai Martin will address an essential topic, not only for diverse audiences, but for younger viewers, too. We’re excited to partner with Marsai Martin, who can share her unique perspective on financial prowess.”

We cannot wait to see what this incredibly amazing young woman has in the works next!