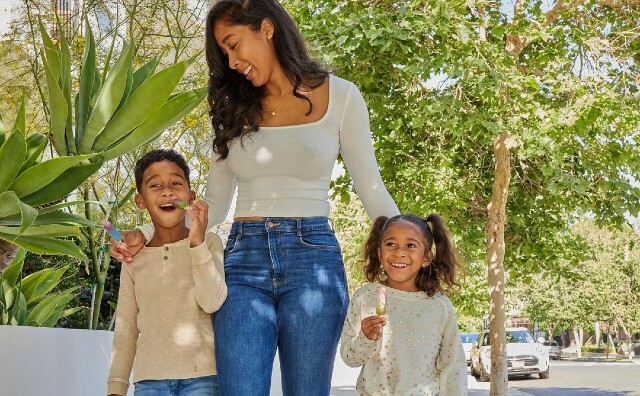 Apryl Jones does not have a relationship with her kids’ father. The Love and Hip Hop: Hollywood (LHHH) star recently took to social media to answer questions posed by her supporters. The conversation became a bit awkward when someone asked how Apryl’s relationship was going with Omarion.

“There is no relationship,” Apryl told her social media fans. “We don’t even communicate,” Jones added. “We found a method. No relationship. Nothing at all. Zip, zero, nada.”

Apryl went on to tell her supporters that their “method” of co-parenting involved other people. “He has people that help with the kids,” the celebrity mom shared. “I’d rather preferably deal with them,” Jones admitted. “That’s our method.”

It has been six years since Apryl Jones and Omarion ended their relationship. Still, years after the fallout, Apryl and Omarion still spend significant time in court working out child custody terms.

“I’m tired and I would preferably like it to stop, but that’s what it has boiled down to,” Apryl Jones told her fans regarding court. “I am hopeful one day that things can get to a common ground,” the LHHH star told her fans. “We have not been together for like six years,” Apryl shared. “I don’t understand what the problem is. I’m not like the crazy baby mama.”

Jones went on to say, “[Our kids] are getting bigger and right now we have the opportunity to mesh and get along for the sake of the kids and show them that we are the adults. They didn’t ask to be here, but sometimes life doesn’t pan out that way.”

Apryl Jones has been enjoying her life as a mom during these summer months. The celebrity has particularly bonded with her daughter, A’mei, who has enjoyed making TikTok videos with her mom. “My best friend … period,” Apryl said of her daughter in a recent Instagram post.

Omarion and Apryl Jones have two kids, A’mei and Megaa, together.