Home » NEWS » DID DANILEIGH CONFIRM DABABY AS HER BABY’S DADDY? 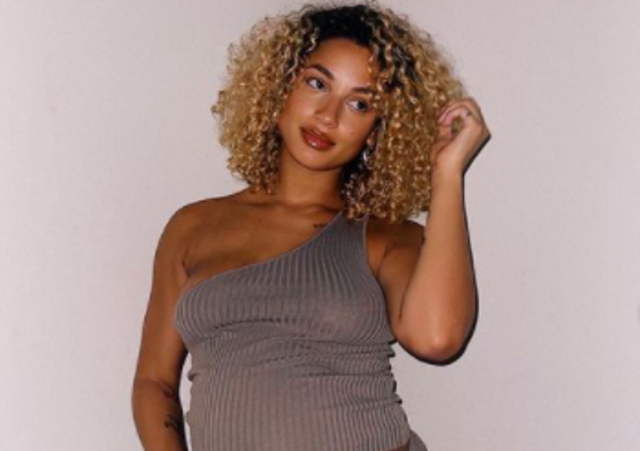 Did DaniLeigh confirm DaBababy as her unborn child’s father? Some believe so after the recording artist shared a social media post possibly indicating the rapper as her baby’s daddy.

DaniLeigh uploaded a series of photos that gave her fans an update on her expectancy. “DaBiggest,” the pregnant star captioned in her Instagram post. “Not the caption,” one fan said after seeing DaniLeigh’s update. “We saw what you did there,” another social media follower noted.

“DaniLeigh is for sure pregnant by DaBaby,” one fan tweeted after learning of DaniLeigh’s expectancy. Several other social media users agreed with one even noting “how big her bump has gotten.”

DaniLeigh and DaBaby dated for several months before calling it quits earlier this year. Dani took to Instagram to announce that she was “officially single” in February, which set off a whirlwind of rumors regarding fidelity in the relationship and more.

DaniLeigh was likely pregnant at the time of her announcing the end of her relationship with DaBaby. The celebrity, however, decided to keep the news a secret until last month when she shared photos from her latest maternity shoot.

DaniLeigh has since shared several candids of herself showing off her baby bump. One recent series of pictures on Instagram was from a family outing at which Dani was surrounded with both love and presents.

“First time my entire family got together like this,” DaniLeigh revealed in the caption section of the Instagram post. “Little blessing in there,” the celebrity added. “Thank you for the gifts, the advice, the love, and the support,” Dani wrote to her family. “Love you all.”

DaniLeigh has yet to officially confirm DaBaby as her child’s father. The recording artist is expecting her little one to arrive in the coming weeks.