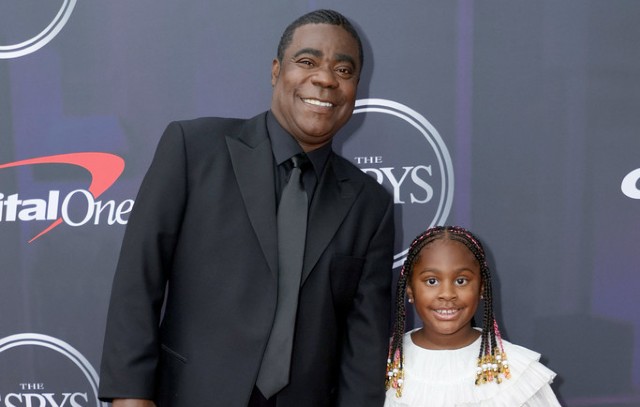 Tracy Morgan attended the 2021 ESPY Awards with his daughter, Maven Sonae Morgan, at Rooftop At Pier 17 this past weekend. The ceremony was held on Saturday (July 10) in New York City. 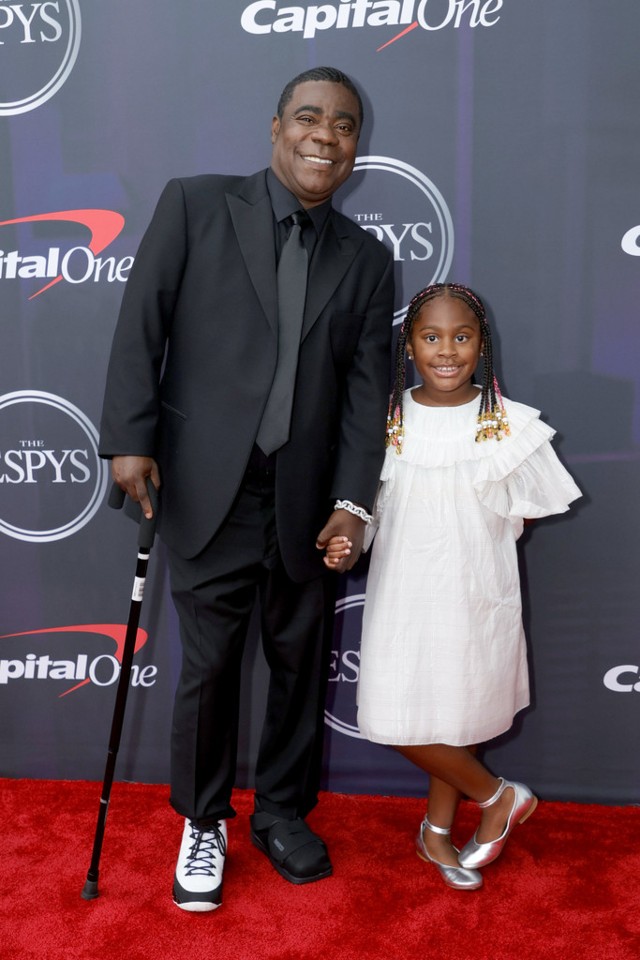 Maven held her father’s hand while taking pictures on the red carpet. The youngster was all smiles while giving photographers her undivided attention. Tracy also gave the paparazzi his attention while holding his daughter’s hand.

Maven is Tracy Morgan’s daughter with his ex, Megan Wollover. The celebrity couple moved for marriage dissolution last year after nearly five years of marriage. According to TMZ,

“Megan was first to file, on July 28, and Tracy filed the next day. He wants joint legal custody and shared time with their 7-year-old daughter — but Megan wants sole legal and physical custody … so, there’s a potential battle brewing.

And, get this … Tracy also wants Megan to be required to change her last name back to her maiden name. We’ve also learned the couple does have a prenup, as both parties acknowledge in their divorce docs.”

Megan Wollover was present throughout Tracy Morgan’s recovery after his 2014 car accident. Tracy spoke about his rehabilitation experience with Matt Lauer of TODAY a year after the horrific incident.

Tracy Morgan was one of several passengers injured in the accident involving a Wal-Mart tractor-trailer. The comedian’s good friend, James “Jimmy Mac” McNair, succumbed to his injuries.

“He was a close friend of mine, a comrade in comedy,” Tracy told Matt. “He was a loving man, and he was a warm man. He was a good man. It’s just hard for me to see that he’s gone,” the celebrity shared.

Tracy Morgan has made quite the comeback since his horrific car crash. The comedian’s most recent role in Coming 2 America (2021) reminded many of why Tracy is considered a king of comedy.

Maven is Tracy Morgan and Megan Wollover’s only child together. Tracy has four kids in all.

JOJO SIMMONS AND WIFE CAN'T WAIT TO MEET THEIR PRINCE

JADA PINKETT-SMITH SHAVES OFF HER HAIR: 'WILLOW MADE ME DO IT'

JADA PINKETT-SMITH SHAVES OFF HER HAIR: 'WILLOW MADE ME DO IT'