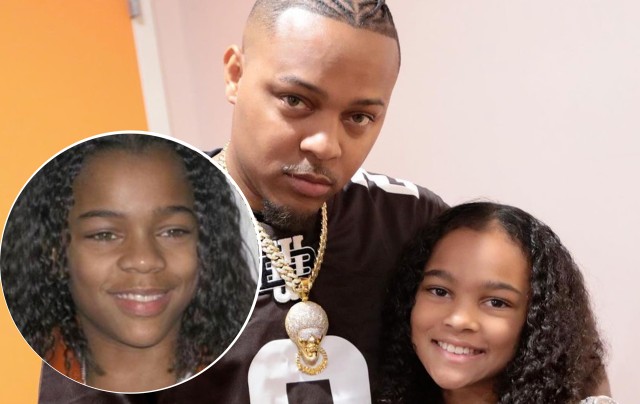 Bow Wow’s daughter, Shai Moss, came to support her father during his VERZUZ battle against Soulja Boy this past weekend. Many could not get over how much the youngster shared her dad’s physical features.

Shai struck a pose backstage before Bow Wow took the spotlight to compete. “My world,” Bow Wow, whose real name is Shad Moss, told his social media fans. “My everything [and the] only thing that matters,” the celebrity father said of his daughter.

Fans wasted no time comparing Shai’s physical features to that of her father. “Wow,” one social media follower noted. “She actually looks like Bow when he was younger.” Another fan agreed by saying, “Bow Wow and Lil Bow Wow.”

“Bow Wow ain’t had a hit since ‘Marco Polo,'” Soulja Boy said of his competition. “And I gave him that song,” the rapper declared. Bow Wow responded by saying, “I’ll be in the box office this weekend while you sit at home in your living room yelling on live at no one.” The rapper further tweeted, “Soulja is the Ben Simmons of the rap game. Go rehearse and get off the internet. See you Saturday cap gun.”

The verdict came in after the VERZUZ battle ended on Saturday. Many acknowledged that Soulja Boy and Bow Wow came from two different eras in the music industry. “When Bow Wow was young, they put a lot of money into artists,” one YouTuber said after watching the battle. “That’s why the quality [of Bow Wow’s performance] is so much better,” the fan shared.

“He had JD producing. Soulja boy probably mixed his sh*t himself. Bow wow ain’t write his sh*t. He was a kid. His label probably invested at least seven figures on production and music videos for them (sic) number one songs. Soulja was probably on a laptop shooting $1,000 videos.”

Another fan declared Bow Wow the winner of the VERZUZ battle without factoring in the changes in the music industry’s approach to producing tracks and nurturing new artists. “Bow got stage presence performing like he in an arena looking in the cameras. Soulja [is] acting like he’s in a club!”

Bow Wow has alluded to his daughter being the next in line to take his spot in the entertainment industry. Shai just may be the next Moss to take show business by storm with her acting skills and stage presence.