"He's Starting To Look More And More Like Me" 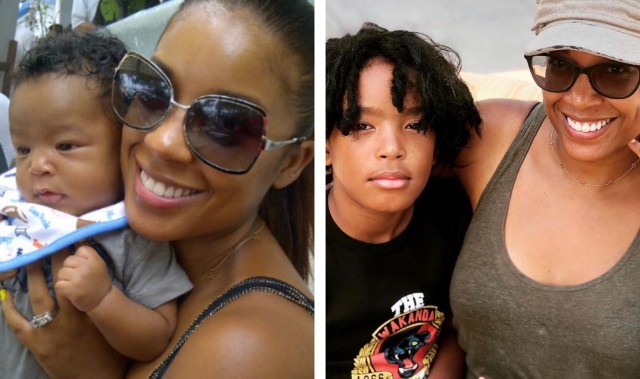 Reagan Gomez’s kids are growing up fast. The veteran actress recently shared a candid of her with her son, Tyger Turrentine, that amazed many fans.

“Nobody tells him that the older he gets he’s starting to look more and more like me,” Reagan told her social media fans. The candid the celebrity mom shared showed her sitting beside her son while smiling. Tyger gave the camera a more serious look that gave fans a modeling vibe.

“I can’t,” one fan said. “Stop the clock! He’s your twin and so big!” Another social media fan said, “I see 80 percent of his father. He’s a beautiful combo of two beautiful people.”

Some may remember Tyger Turrentine from his younger years. The little one is the youngest of Reagan and her husband DeWayne Turrentine’s two kids. Both Tyger and his older sister, Scarlett Annette Turrentine, were often featured as sweet siblings in their younger years. One candid of Scarlett and Tyger headed off to school.

A post shared by Golden Child Aka Prince Syc (@goldenchildprince)

“My daughter is hilarious,” Reagan said of Scarlett during an interview in 2013. “She’s the funniest person I’ve ever met,” the actress added. “When I first had her my agent was like, ‘So you want to put her in the business?'”

‘And I was like, ‘No, no, no I don’t.’ It’s the same thing with my son but [Scarlett] has so much personality. She’s outgoing, she’s talkative, she’s funny. Everywhere I go with her people are always asking me, You gon’ put her in the business?’ And I’m like, ‘No.'”

Scarlett may decide to pursue a career in show business someday. As of now, however, the 14-year-old is enjoying her life as a teen. Reagan Gomez recently reflected on her daughter’s growth on Scarlett’s birthday.

“Happy birthday Scarlett,” Reagan wrote to her daughter last month. “I can’t believe it,” the celebrity mom exclaimed. “You are so loved and such an amazing big sister,” Gomez told her growing teen. “We’re so proud of the young person you’ve become, and me (sic) and daddy will ALWAYS be here for you. High school soon come.”