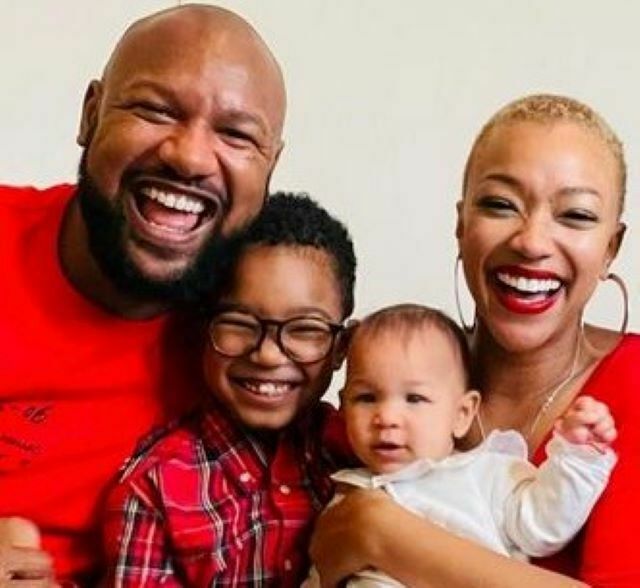 Space Jam: A New Legacy’s Sonequa Martin-Green sits down with Parents.com to talk parenting wins, losses, and her superpower. The mother of two tells the popular news outlet that she loves to find the adventures in parenting. Martin says that she, “[goes] pretty hard on creating worlds.”

Check out a snippet below of what the mom to 6-year-old Kenric Justin II and 11-month-old Saraiyah Chaunté had to say.

Martin-Green on a recent parenting win

When my son, Kenric, was younger, he used to ask all the time if he could marry me. I met him with love for feeling that way but also gently explained why it’s not possible. I thought those days were over, but he recently said over dinner, “I think when I grow up, I’ll marry you, Mommy.” He’s 6, and I’m a puddle on the floor.

Martin-Green on a recent parenting miss

I exclusively breastfeed my daughter, Saraiyah, who turns 1 in July. Well, I recently went too many days without drinking enough water, and my production took a big hit. It can be rectified, but it’s a very involved, multi-step process. Sigh. Where’s my gallon jug and my tinctures?

Martin-Green on her parenting superpower

My imagination. I go pretty hard on creating worlds, characters, and adventures and finding new and exciting things to do and engage in while we play together.

Martin-Green on her parenting kryptonite

My phone! I wanna cut the time it’s in hand around my children by half. More than half!

Martin-Green on when she feels like a cool mom

My son is glued to my side and we’re laid out belly laughing. And if I make my daughter laugh, it’s such a win.

My son sees me struggle with electronics, which unfortunately is often.

Martin-Green on meals that her son loves

Martin-Green on meals her son isn’t so hot on

My son Rejected I made a chickpea salad one time that my son tried and said, “Um … I don’t really like this very much.”

To read the remainder of Martin-Green’s interview click here. Find out what else the former Walking Dead Star had to say about the worst time of day, what are the best and worst traits that her kids get from her and much more.