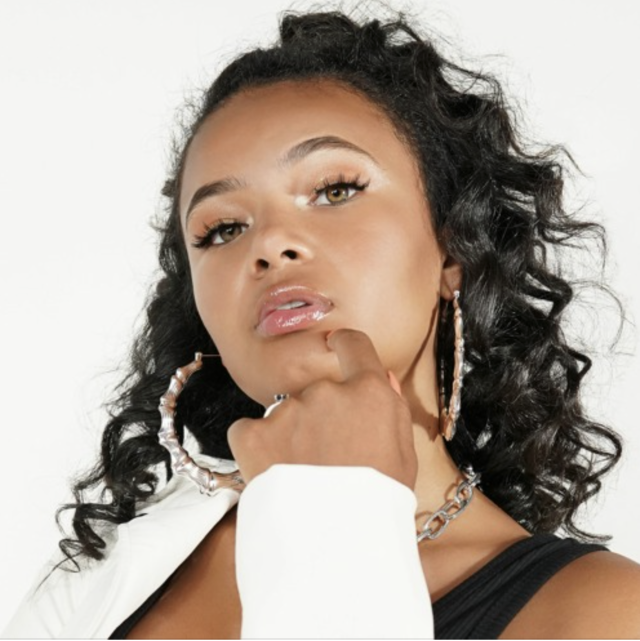 If you have yet to hear the name, Brooklyn Queen, take note. This talented teen rapper has just taken her career to the next level as she lands a lead role in Brat TV’s Charmers.

Brooklyn is only 15-years-old and has already amassed a massive social media following of over six million followers across platforms with her viral hits like “Gimmie”. Brooklyn’s star originally started to rise to prominence with songs such as “Keke Taught Me”, which to date, has over 54 million views.

According to her website, Brooklyn is inspired by gratitude, positivity and Beyoncé. The talented teen is a bit of a musical prodigy as she wrote her first song at the age of five-years-old. The Detroit native fulfilled an early dream of releasing that same song she wrote at five on her 2017 debut album Queens Corner. With over 245 million video views and 1.08m subscribers on YouTube, 1.5m followers on Instagram, and 2.2m on TikTok, Brooklyn Queen has unquestionably built a powerful and loyal fan base.

So, what is Brooklyn’s mission as an entertainer? Well, she states on her website that, “I want to make it clear to young girls that anything is possible if you just follow your dreams.”

Represented by BMB Entertainment, Brooklyn has set her vision to develop herself as a multi-faceted artist, actress and teen influencer.

Charmers is the newest show on Brat TV that is destined to become a summer favorite among young people for sure. Charmers will follow a coven of teen witches at a summer camp called Whispering Sky.

In addition to Brooklyn Queen, the series will star Indi Star (Nickelodeon’s Henry Danger) and Brat TV alum Sophie Fergi, Sabrina Quesada, Sarah Dorothy Little, Alysa Gutierrez-Sierra, Josiah Alpher, Mateo Gallegos, Emily Liao, and Camren Conerly. The series was written by Michele Marburger, and is being directed by Lee Citron. Make sure to tune-in on May 27th, 2021. We have a feeling a magical journey will unquestionably ensue for all!