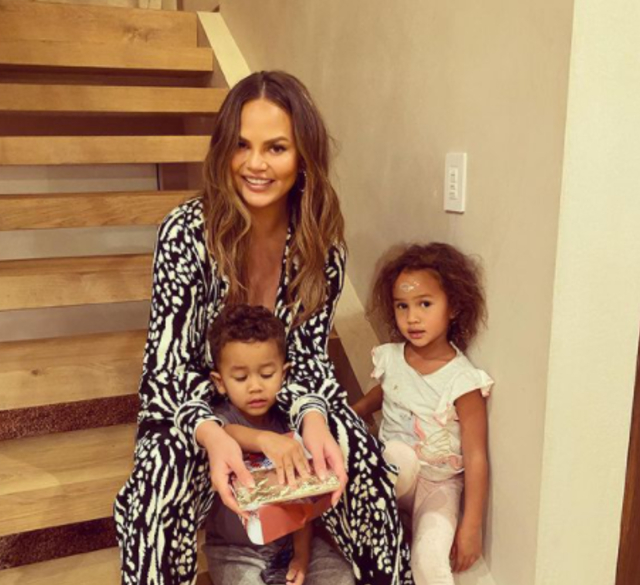 Chrissy Teigen is progressively moving forward after losing her unborn baby, Jack Cannon, a few weeks ago. The cookbook author recently took to Instagram to tell fans she showered for the first time since her son’s death.

“I‘ve been taking baths because I couldn’t stand to be in the shower,” Chrissy revealed in a video post. “I couldn’t, like, physically stand in the shower,” Teigen added. “I feel really, really good,” the celebrity mom said in reference to taking a shower for the first time in weeks. “I feel very clear and very good.”

Chrissy Teigen and John Legend lost their unborn baby in September. The cookbook author was initially hospitalized for excessive bleeding caused by a partial placenta abruption, which evolved into Chrissy undergoing several blood transfusions in an effort to keep Jack alive. The doctor’s efforts were not enough in the end, unfortunately.

“People say an experience like this creates a hole in your heart,” Chrissy shared in an essay published on Medium. “A hole was certainly made, but it was filled with the love of something I loved so much,” Teigen revealed. “It doesn’t feel empty, this space. It feels full.”