TYRA BANKS’ SON DOESN’T LIKE LEFTOVERS: ‘IS THAT SPOILED?’ 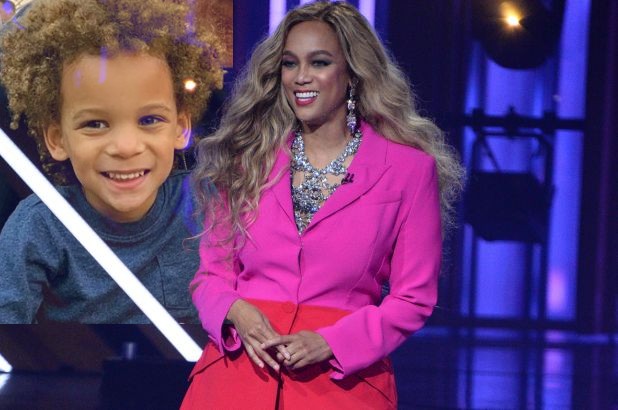 Tyra Banks wants to know if her son, York Banks Asla, is spoiled. The America’s Next Top Model (ANTM) recently took to Instagram to ask advice from fellow moms and dads after York revealed he did not like leftovers.

“So I tell my child we’re having leftovers tonight,” Tyra told her social media fans. “A 4-year-old says, ‘Mommy, I don’t like leftovers. I want a ham and cheese sandwich.’ And I’m like, ‘Boy, you’re going to eat these leftovers.'”

Tyra tried to hold the line but ultimately gave in to her son’s request. “I don’t know,” Banks told her social media followers. “Something happened inside my head, and [I ended up making him a ham and cheese sandwich]. Is that spoiled,” Tyra asked her fans.

Many could identify with Tyra’s mommy moment. “Every. Single. Day,” one fan said in response to the celebrity’s video. “Forcing kids to eat things they do not want contributes to disordered eating,” Another social media wrote. “We, as adults, chose what we want to eat or not eat, so to acknowledge that our little humans have the same wants isn’t a bad thing.”

Tyra Banks understands the notion of craving and submitting to nutritional restrictions. Such is the reason why she does not believe in the concept of dieting.

“I do not believe in diets,” the ANTM creator said in a recent statement meant to encourage positive body image. “I have been on diets in the past,” Banks admitted. “They are a bunch of bologna,” Tyra said. “It’s not about being skinny,” the retired model declared. “It’s about being in the best shape you can be.”