DAVE EAST AND MILLIE COLON CELEBRATE AT THEIR BABY SHOWER 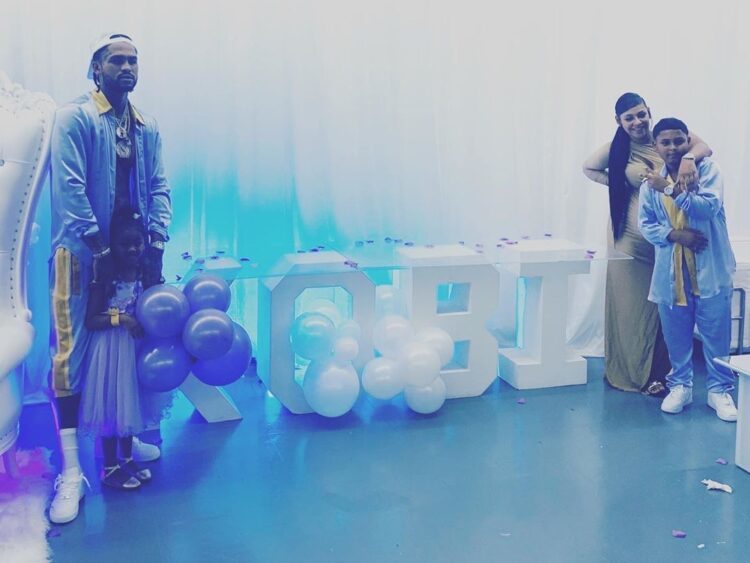 Dave East held a surprise baby shower for his girlfriend, Millie Colon, on October 15, 2020 in New York City. The The Lakers-themed event was attended by close friends and family, including the couple’s daughter Kairi Chanel Brewster as well as Millie’s son from a previous relationship.

The mom-to-be later changed into a gold dress that showed off her baby bump. Dave and his bonus son wore matching gold and purple outfits that matched the theme. Meanwhile, Kairi looked like a little princess in a lavender/purple dress.

Dave and Millie plan to name their daughter Kobi in honor of the late Kobe Bryant. A shooting guard, Kobe spent his entire career with the Los Angeles Lakers until his untimely death on January 26, 2020.

See more photos from the shower below!