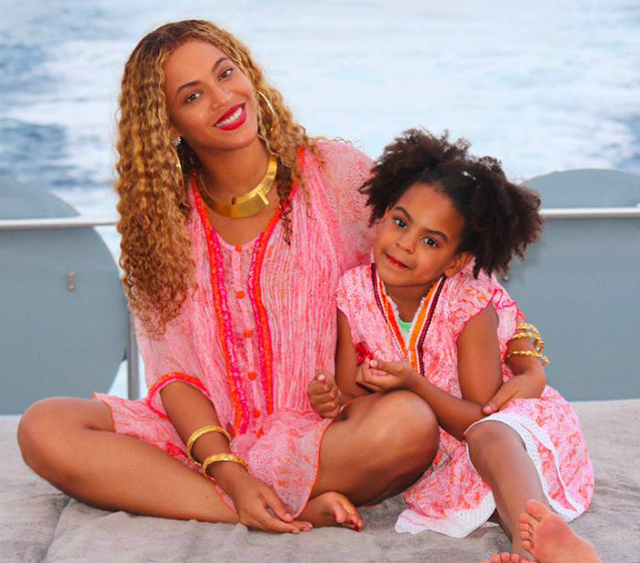 Tina Lawson’s Wearable Art Gala went virtual this year because of the coronavirus pandemic. The scenery change did not impede the ability of participants to have fun while raising money for WACO Theater, though. Kelly Rowland, Beyonce, and Solange Knowles joined others in participating in Tina’s Corny Jokes segment for charity.

Titan shared a hilarious joke about the numbers six, seven, and eight. “Why was six afraid of seven,” the youngster asked his mom. Kelly responded by telling her son, “I don’t know.” Titan finished the joke by saying, “Because seven ate nine.”

My handsome grandson Julez @julezjsmith and Jordan @saintjordo Yo you dropped your Scrabble pieces!! So what’s the word on the street” Haaaaa!!!!!! ❤️❤️The word on the street is “put on your damn mask “😂😂😂😂❤️ @wearableartgala @wacotheater @saintrecords @beyonce @kellyrowland @richardlawson @angiebeyince

Julez left the corny jokes up to his mom. The teen still participated in the charity event by recording a video that encouraged viewers to wear masks in public to slow the spread of COVID-19.

Solange’s (@saintrecords) #CornyJokeTime was OUT OF THIS WORLD (get it?) 🪐 We love seeing the support & heartfelt bond between @mstinalawson and her daughters — we’re so warmed by their relationship 🖤 Who else’s #CornyJokeTime do you wanna see again!? • #WearableArtGala #WhereArtCanOccur #WACOtheater

Meanwhile, Solange took to her social media page with two corny jokes. “Only for you, mom,” the recording artist said. “Nineteen and Twenty got into a fight,” Solange began. “Twenty won … 21.”

Knowles’ second joke moved away from numbers and into outer space. “How do you throw a space party,” Solange asked. “Well, you just plan it,” the celebrity mom said as a play on the word “planet” in relation to the solar system in space.

Perhaps, the funniest of the Corny Joke Charity event came with Beyonce and Blue Ivy Carter’s contribution. The ‘Spirit’ singer did two takes of her corny joke as the first attempt was interrupted by Bey’s daughter.

Beyonce asked, “Why does Snoop Dogg need an umbrella?” The celebrity mom could not finish the joke before her daughter said, “No. Mom, the voice. No.”

Waco Gala tonight !!! Miss Tina’s Celebrity Corny Jokes for Charity. Check it out on You Tube channel on TV❤️ Thankyou baby ! I know how busy you were and you took the time to do this !!!! I love you ❤️❤️And Thankyou my baby Blue !!!

Beyonce’s mom confirmed her daughter’s corny joke contribution could use sprucing up to which Beyonce responded with a second take that featured her glammed up and ready to deliver. Viewers eventually learned that Snoop Dogg needs an umbrella “For drizzle, my nizzle … for drizzle.”

T.I. AND TINY'S DAUGHTER, HEIRESS HARRIS, IS A FAN OF SISTER ZONNIQUE'S MUSIC