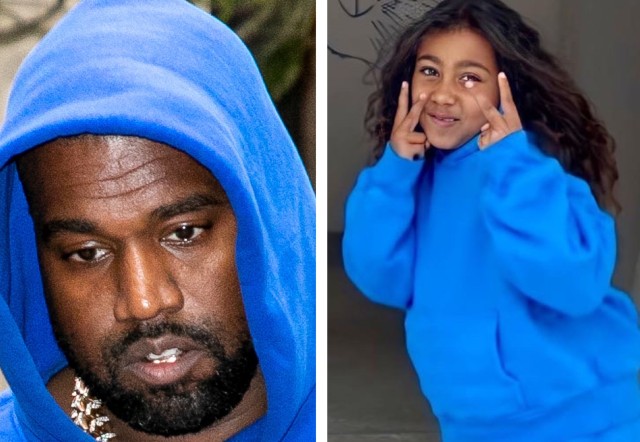 Kanye West has been tweeting a lot. The recording artist’s latest message to his oldest daughter, North West, was quite troubling for some on Twitter.

In a tweet, Kanye said, “Northy, I am going to war and putting my life on the line and if I am murdered, don’t ever let White media tell you I wasn’t a good man. When people threaten to take you out of my life, just know I love you.”

This is not the first troubling tweet that Kanye has shared with the public this week. The celebrity father also uploaded a clip that showed one of his Grammy Awards in the toilet seemingly being desecrated on by an unidentified person. Kanye tweeted the name and phone number of a reporter as well, which ultimately led to the recording artist being banned from Twitter for 12 hours. West used veteran actor Rick Fox to communicate with fans who may have wondered why the ‘Jesus Walks’ rapper’s tweetstorm stopped abruptly.

In many ways, this year has been one filled with awkwardness for Kanye West. The rapper sporadically announced his run for United States president earlier this year and even had a few rallies before asking the public if it was a good time for him to pursue the political office.

Kanye told attendees at his South Carolina rally that he and his wife, Kim Kardashian, nearly aborted their daughter. Kim did not address such a strong claim but rather reminded fans that her husband was clinically diagnosed with bipolar disorder three years ago and, as such, is subject to episodes.

North is Kanye whole entire world. That man love her like she an only child.

Kanye’s latest rants have been directed at Sony Music and Universal who he accused of holding him hostage with unfair contracts. West has refused to release new music until he is reportedly freed from such egregious terms. Stay tuned for more Kanye West family news!

USHER TELLS HIS SONS 'IT'S OKAY TO CRY'

KENYA MOORE AND DAUGHTER GET GLAMMED UP IN NEW PHOTOSHOOT

KENYA MOORE AND DAUGHTER GET GLAMMED UP IN NEW PHOTOSHOOT