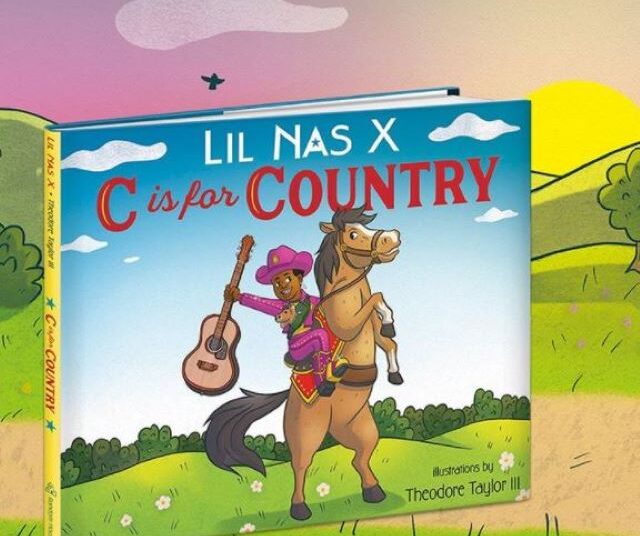 Lil Nas X and Billy Ray Cyrus burst on the scene with “Old Town Road” which dominated not only the airwaves but has held steady on Billboards Top 100 for weeks, catapulting Lil Nas X to the top of everyone’s radar. He went on to launch several other chart topping hits, such as “Panini,” in which #younghollywood’s favorite little darling, Skai Jackson started in the video.

Well, the Grammy nominated singer is now tossing his hat into another ring-author.

i’m dropping the best kids book of all time soon! C IS FOR COUNTRY, out January 5, 2021 from @randomhousekids. I can't wait to share it with you all. You can pre-order it right here!!!: https://t.co/lLqM4CqXA5 pic.twitter.com/h0hhnlvPTO

I’m dropping the best kids book of all time soon! 🤧 C IS FOR COUNTRY, out January 5, 2021 from @randomhousekids. I can't wait to share it with you all. You can pre-order it right now at the link in my bio.

Lil Nas X tweeted that “C Is for Country” will be “the best kids’ book of all time.” And if he’s writing it, we have no doubt that it probably will be right there at the top.

“C Is for Country” is published by Random House Kids and the book is illustrated by Theodore Taylor III. “C Is for Country” follows Lil Nas X and his horse, Panini, “on a joyous journey through the alphabet from sunup to sundown,” according to the Random House website. And of course, the book will feature “plenty of hidden surprises for Nas’s biggest fans.”

Although you have to wait a few more months to have “C is for Country” in your hands, but you can preorder now and make sure to put your copy on reserve!

In the meantime, let’s take a trip back to the beginning where it all began. This song is still pretty catchy,

Christina Milian is under fire for covering her son Isaiah Pokora's face while leaving her...

NBA legend Dwyane Wade and his wife, actress Gabrielle Union were both honored with spots...

Police brutality has plagued generations of African American men and women for centuries. Twenty-twenty has...

When he was 10, Ziggy Marley would sit in on recording sessions with his father,...