First Time Ever In A Barber's Chair 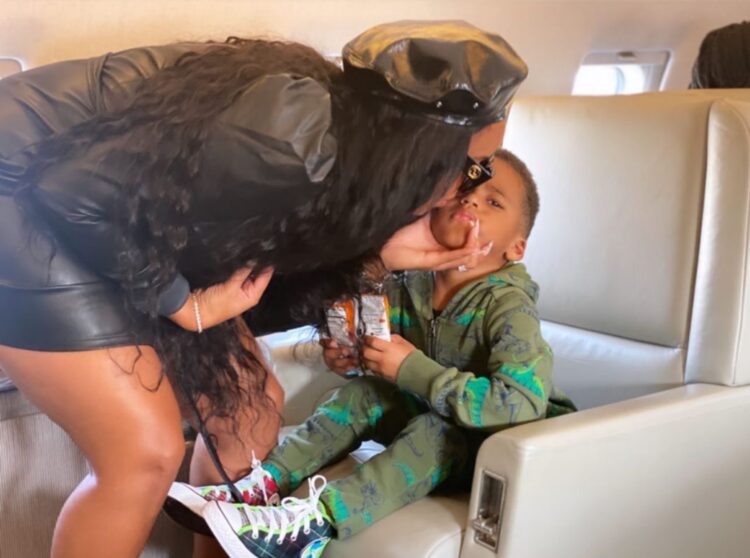 Angela Simmons’ son, Sutton Tennyson Jr., has crossed another milestone. The youngster recently took a seat in the barber’s chair for his first professional haircut.

We did the big boy cut 😫 He’s going to be 4 years old this month !! Lawdddd ! Thank you @staycaked for blessing him with his very first big boy cut 😍

“We did the big boy cut,” Angela told her fans earlier this week. “He’s going to be 4 years old this month,” the celebrity mom exclaimed. “Thank you @staycaked for blessing him with his very first big boy cut,” Simmons wrote to Sutton’s barber.

It is hard to believe that Sutton Tennyson Jr. is going to be 4-years-old. It seems as if it were just yesterday that Angela Simmons confirmed her expectancy of a son. Many were shocked to hear about Rev Run’s daughter starting a family with her then-fiance, Sutton Tennyson Sr., because the two were not married.

Angela and Sutton Sr. ultimately ended their engagement months before he was tragically killed outside of his home in Atlanta. The celebrity mom continues the memory of her son’s father by showing little Sutton pictures and telling the youngster about his dad.

Angela’s son also reminds her of his late father. “He is his dad,” Simmons said during an interview with The Real last year. “He cooks. He loves cooking, like his dad. His mannerism. I can’t even explain it because [my son is his father] so much. The great parts of his dad, he really, really has. It’s really cute to watch.”

TAMERA MOWRY ON KEEPING FIT AS A WORKING MOTHER: 'I HAD TO FIND THE TIME'

TAMERA MOWRY ON KEEPING FIT AS A WORKING MOTHER: 'I HAD TO FIND THE TIME'