"To Anyone Who Has An Issue With Maternity Solution Wear" 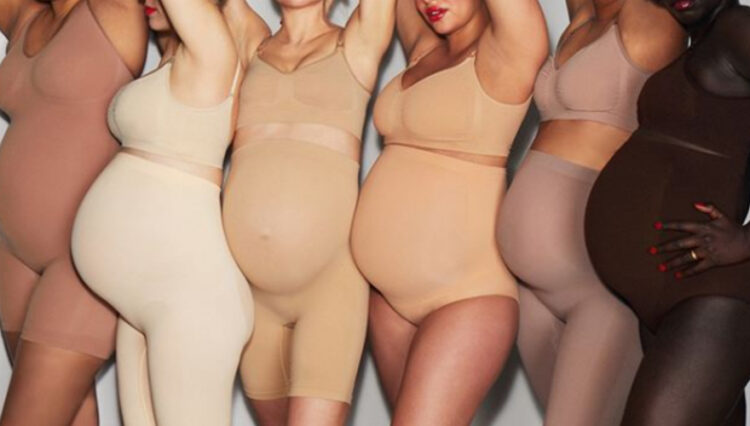 Kim Kardashian has a message for critics who are scrutinizing her new SKIMS maternity line: educate yourself! The Keeping Up With The Kardashians (KUWTK) star recently took to Twitter to defend her decision to expand her shapewear brand, which focuses on diversity and acceptance, to moms-to-be.

The Maternity Solutionwear™ you’ve been waiting for is coming soon! We’ve updated our best performing shapewear styles to provide specialized comfort for pre and post-natal support. Available in 9 colors and in sizes XXS – 5X on Wednesday, September 16 at 9AM PT / 12PM ET. Join the waitlist now at SKIMS.COM to receive early access to shop. Photo: #VanessaBeecroft

“To anyone who has an issue with maternity solution wear, and if you haven’t been pregnant before you may not know the struggle of what it’s like carrying all of this weight the way I did along with millions of strong women, @skims maternity line is not to slim but to support,” Kim told her critics.

“The belly part doesn’t slim your belly,” the celebrity mom shared. “It’s actually sheer and a thinner layered material compared to the rest of the garment,” Kim added. “It provides support to help with the uncomfortable weight being carried in your stomach which affects your lower back -and the compression on the leggings helps with pain relief caused by swelling.”

Kim Kardashian had difficulty while pregnant with her oldest children, North and Saint. The Keeping Up With The Kardashians star even developed preeclampsia during her pregnancy with North, which ultimately threatened the well-being of her and her then-unborn daughter.

“When I was pregnant with my daughter North, I had a condition called preeclampsia or toxemia, which is basically when the mom’s organs start to shut down,” Kim said last year. “The only way to get rid of that is to deliver the baby,” Kim revealed.

My girls wanted to do a photo shoot together sitting up on this rail. Swipe to the right to see how it ended 🤣🤠🥰

Kim Kardashian had a safe delivery and managed to give birth to a second child before being forced to use a surrogate to further expand her family. You can check out the celebrity mom’s latest SKIMS maternity collection here!