USHER CONFIRMS HE AND GIRLFRIEND ARE EXPECTING, TALKS BABY NAMES Usher and his girlfriend, Jenn Goicoechea, are expecting their first child together, and he even has a few names in mind. The singer made an appearance on The Late Late Show with James Corden, becoming Corden’s first in-studio guest since March 2020 due to COVID-19, where Usher confirmed Jenn’s pregnancy.

Usher and Corden also hilariously brainstormed potential baby names, but Usher made it clear that he would not name his new baby after himself (again). Usher’s full name is Usher Raymond IV and he has two kids with his ex-wife Tameka Fuller: 12-year-old Usher Raymond V and 11-year-old Naviyd Raymond.

“Not like George Foreman — I can’t name all my kids George,” joked Usher, referring to the legendary boxer who named all five of his sons after him. “If it’s a girl, I don’t think that Usher would flow well,” he quipped. “To be perfectly honest, I’m trying to figure out which way to go. I got a few names in line, but maybe you can help me — give me some suggestions,” said Usher.

James Corden didn’t hesitate, suggesting: “I think you go Dave,” which drew laughs from the crew off-camera. “Honestly, but not David, Dave. Dave Raymond. I honestly think Dave Raymond… he can get you stuff. Do you know what I mean? Dave Raymond knows a guy who knows a guy. He can sort you out,” said Corden. 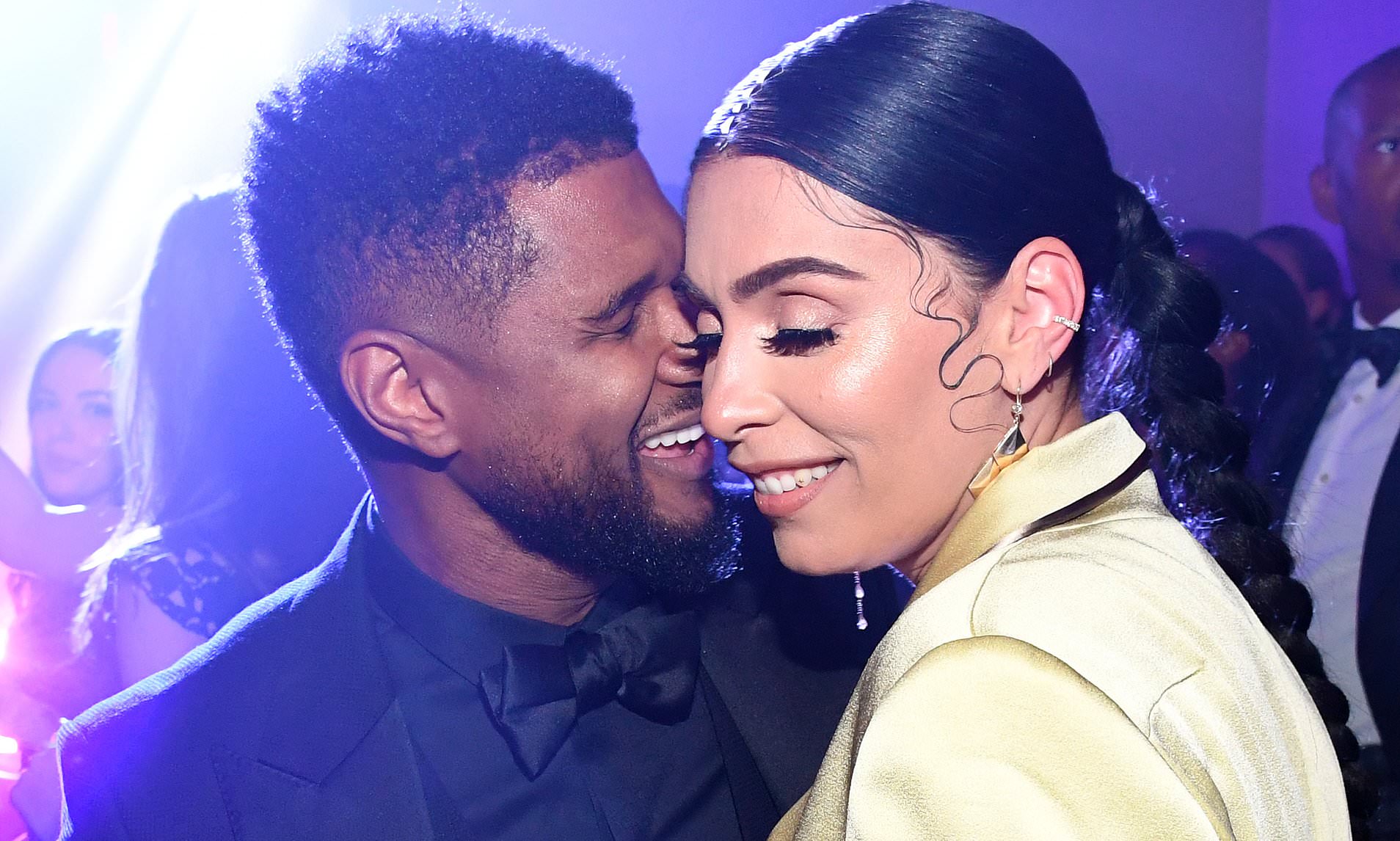 Usher asked for another suggestion, but Corden was still set on Dave. Usher then asked, “what if it’s a girl?” and Corden replied with “Davina. Davina Raymond,” which made the Usher and the crew laugh. “And the story would be we were gonna call her Dave, pull this clip up on YouTube,” joked Corden, making Usher and the crew laugh more.

James Corden also humorously suggested naming the child “Detective Inspector,” so that if the child gets pulled over by police for speeding they could say their name is “Detective Inspector Raymond,” which might help them out. “Why not just go with Inspector Gadget while we at it?” quipped Usher, which made Corden and the crew laugh.

When asked if he really had “nothing floating around,” Usher said: “I’ve had a few [ideas]. Just been trying to get down to maybe a middle name. My second son, he has a middle name; Usher does not have a middle name… I’ve been motivated by where we are in life. Something maybe relevant to this time?” Jokes aside, Usher shared that his third child is due this year and that his whole family is eagerly awaiting his or her arrival, whatever name they choose. “The family is good. [Jenn’s] doing well,” shared Usher. “I think it’s been a tough time for everybody, so [it’s] great to have this incredible news, this new arrival. Really anticipating it.”