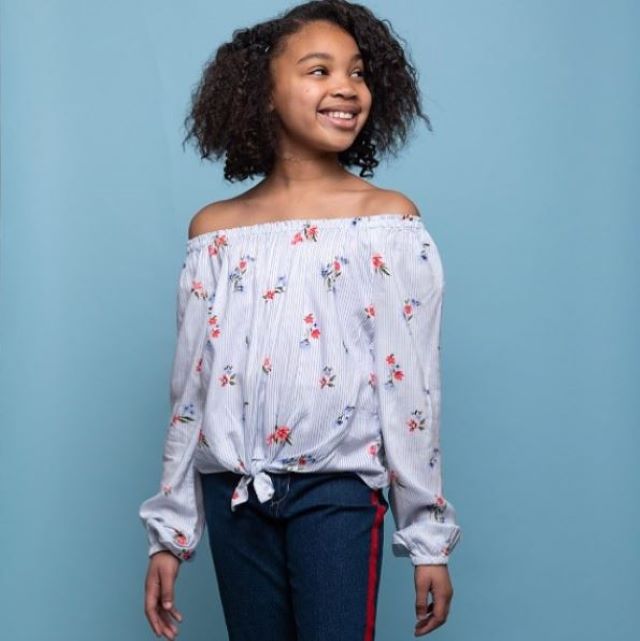 Alyssa Cheatham is becoming a true rising star in the kids television universe. Once having shared the screen with Will Smith in the 2016 movie, Collateral Beauty, this talented young lady is making her mark on Hollywood and setting her sights high every step of the way.

Recently, the young rising star was slated to voice the role of Maddie in the Nick Jr. show, Made by Maddie; yet, with concerns over its shared similarities with the Oscar-winning film, Hair Love, the network pulled the show.

Cheatham, had the most mature and gracious response to this temporary setback that speaks volumes about the nature of her character.

“There will always be times in life where things will not go the way you planned or imagined,” Cheatham commented in a recent Instagram post. “And while you may be disappointed or hurt, and while those feelings are totally okay, it’s not okay to stay there…”

And moving forward is exactly what she is going to do with her next animated preschool series, premiering in October on Nick Jr., Santiago of the Seas, where she portrays a pirate girl who transforms into a mermaid named Lorelai.

“Black mermaids are real,” Cheatham said in an interview with The New York Post. “I play a black singing mermaid and she can turn from a mermaid into a pirate girl. She can also control the seas, which is really cool, and she goes on adventures with her friend Santiago along with his cousin, Tomas. They fight crime in the sea against sea monsters and stuff like that. I really hope that all kids, especially kids of color, will have positive representation because it really matters. There are not enough black people in the media and, if they are, they’re kind of represented in a bad way. I want kids to know that if they work hard, go to school and study they can be anything they want to be.”

The 11-year-old budding star remains humble about her successes, taking them one step at a time, emulating and aspiring to walk in the footsteps of some of her idols who include Yara Shahidi, Marsai Martin, and the Queen B herself, Beyoncé.

“Her work is incredible,” Cheatham said in her interview. “She gives so much power to so many people, especially people of color. I would love to be a part of one of her shows.”

In lieu of all of her successes, there is only one thing on her wish list that the preteen actress says is a “must-buy”-a Gucci purse.

“I’m hoping to buy a really cute Gucci bag because I love that brand,” she tells The New York Post. “I was actually begging my mom last year for [a Gucci bag] for Christmas. She was like, ‘You’re a little too young for that,’ so I was so upset. Maybe when I’m a little older I can buy it myself.”

We hope that you can too and we cannot wait to see you show it off!