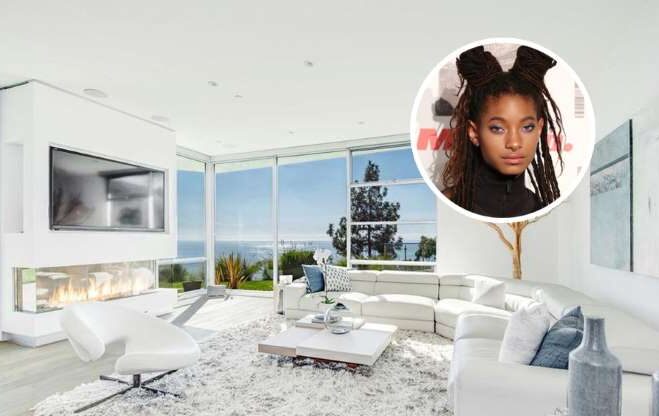 Willow Smith has definitely made a name for herself outside of her famous family. The 19-year-old is a well-renowned singer, actress, she is the face of high fashion campaigns for brands like Chanel and more, in addition, she’s also a co-host on the popular Facebook show, Red Table Talk, alongside of her mother and grandmother.

Recently, the youngest Smith has taken adulthood to the next level and purchased her first home for $3.1 million dollars in Malibu, CA.

Don’t think that the youngest of the Smith children is moving out too soon. If you remember, her brother Jaden left home when he was 15-years-old.

“You got to a point here. You told me straight up—you were like, ‘Mom, I have to leave here to live my life,’” Jada Pinkett Smith recalled on an episode of Red Table Talk when her son was a guest on the show. “I remember thinking to myself, as devastated as I was, I was like, ‘He’s right. The time is now. He’s 15. It’s time for him to leave the house.”

Apparently this isn’t the first time that the youngest Smith has been living outside of her parents’ home. In 2017, Jada Smith told Haute Living that, then 16-year-old Willow, had moved out but that she and her brother still kept in close contact with their parents.

“It’s funny,” she said in the interview. “They’re not around, but they are! I don’t even have time to miss them! Willow loves to call me every day, and even Jaden, when he’s away on set, still needs to see Will and I when he gets homesick.”

How are you all?💕

Curious to see what her new place looks like? Check it out here.