CIARA AND RUSSELL WILSON’S SON, WIN, IS HIS DADDY’S TWIN 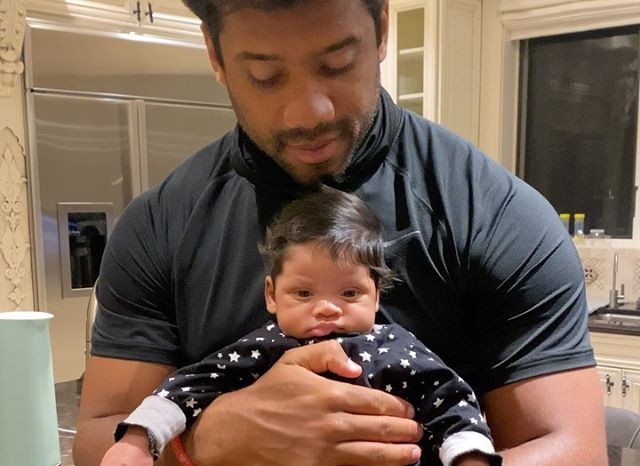 Russell’s Instagram followers got the best surprise on Wednesday (September 2) night when the celebrity father decided to upload footage of his infant. Win’s face is clearly shown in the video clip, which led nearly one million social media followers to view the footage in pure adoration.

“Oh my goodness,” one fan said after seeing Russell Wilson and Ciara’s son. “Oh my,” another social media follower commented. “He’s beautiful” the fan added. “Look at that hair.” Some said Win carried Russell’s physical features. What do you think?