"I Look Forward To These Videos" 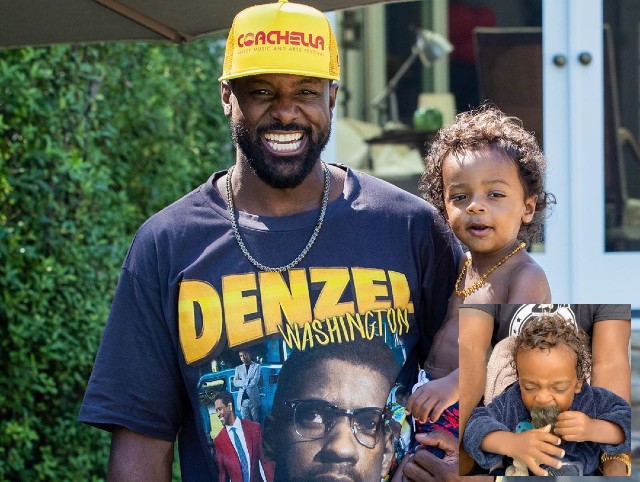 Lance Gross’ son, Lennon Lorin Gross, is a huge foodie and fans can’t get enough of him! The celebrity father recently shared video clips of his little one enjoying cuisine from various parts of the world.

“I look forward to these videos,” said one fan who gave Lance’s video clip a nod after seeing its content. Lennon appeared unbothered by the camera as he ate green beans. Some eat their vegetables using a spoon or fork. Lennon, however, solely relied on his hands to transfer the green beans from plate to mouth. “He made me want to pop open a can of green beans,” a social media follower shared.

Another video clip showed Lennon enjoying cucumbers and broccoli. The youngster again used his hands in place of utensils. “His appetite brings me joy,” and Instagram follower wrote after watching the clip.

It would be little surprise if Lance Gross and his wife, Rebecca, are rearing the next great foodie. The celebrity parents, after all, make it a point to encourage their children’s interests. It was during Berkeley Gross’ younger years that Lance began to hone into his craft as a photographer. The celebrity father perfected his skills and then taught a few things to his daughter.

What cuisines will Lennon Gross favor if he decides to pursue a career as a foodie in later years? We will have to keep watching to find out! Stay tuned for more celebrity family news!

JODIE TURNER-SMITH GAVE BIRTH AT HOME BECAUSE OF 'SYSTEMIC RACISM'

JODIE TURNER-SMITH GAVE BIRTH AT HOME BECAUSE OF 'SYSTEMIC RACISM'