"Pool Day With My Baby Shark" 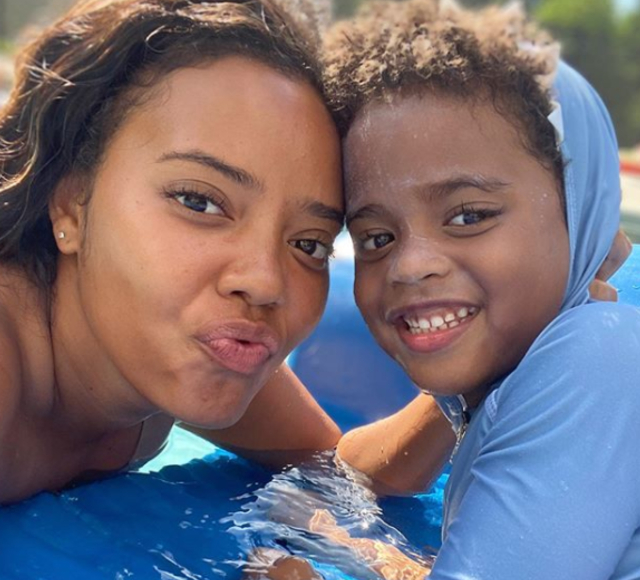 Angela Simmons and her son, Sutton Tennyson Jr., are getting the most out of their summer. The celebrity mom recently shared pictures of herself while enjoying sunshine and the water with her little one.

“Pool Day with my baby shark,” Angela told her Instagram fans. The celebrity mom also uploaded a candid of herself smiling alongside her son while in a swimming pool. Another candid showed Sutton smiling from ear to ear while enjoying an ice cream cone. “I’ll go to war to see this smile,” Angela told her social media followers.

Angela Simmons often uses her social media platform to dote on her son as well as spread positive vibes about body image to other moms. Simmons recently addressed body shamers while rocking a two-piece bathing suit and promoting her Built Not Bought campaign.

Another day at it 💪🏽 @boxwithsimmy

“I think a lot of people, they look at women and especially if you’re a mom, they’re like, ‘You can’t wear that because you’re a mom,'” Angela said while doing an Instagram Live a few weeks ago. “I’m going to wear this two-piece [bathing suit] and I’m going to wear it proudly because I’m comfortable in my own skin,” the celebrity mom declared. “I love who I am, and I feel like all women should be like that.”

Time is going by so quickly 😫 He’s getting so big 🥰😍